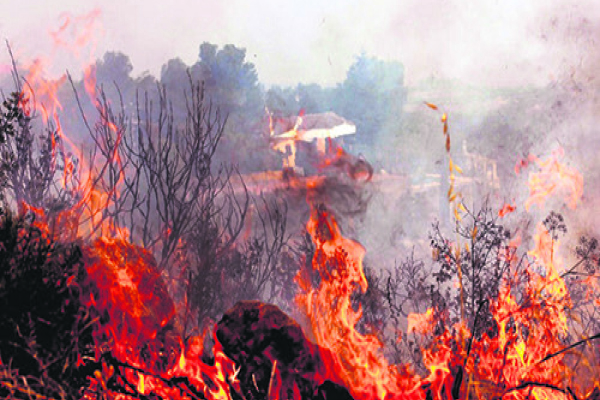 Lightning strikes inland have caused 12 forest fires in the province of Castellón and another in Valencia.

Thunder storms yesterday (Saturday) evening had the fire brigade working flat-out after flames broke out near small towns and villages in rural parts of the Comunidad Valenciana’s northernmost province.

Planes and helicopters were drafted in to deal with blazes in Cinctorres, Xert, Morella, Vallibona, Torrechiva, Vistabella, Benafigos, Tirig, Cirat, Alcalá de Xivert, Segorbe and Cervera del Maestre – the latter of which was not brought under control until just before 07.00hrs this morning.

Another inferno caused by a lightning strike went up yesterday evening in Venta del Moro, a hinterland village in the province of Valencia close to the border of that of Cuenca, Castilla-La Mancha.

Emergency services in the Comunidad Valenciana were called out to deal with nearly 2,300 incidences yesterday, many of which were caused by fork lightning.

© No part of this web site may be reproduced without written permission from the publishers. All rights reserved. Todos los derechos reservados.

Fun of the Fayre

ABOUT US
The EURONews247 is the free English community newspaper covering Almeria. Your essential weekly read with something for everyone…