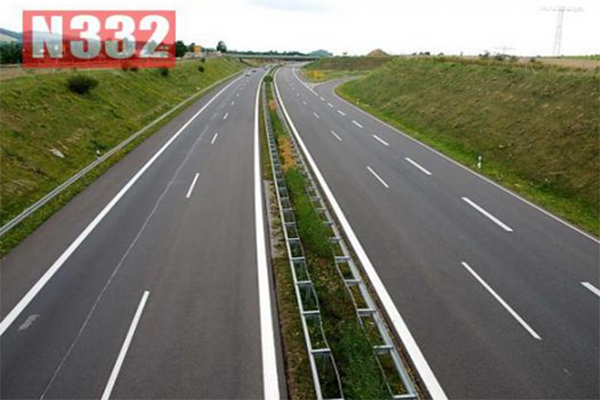 There have been a number of reports in the press regarding drivers in Spain being fined for driving in the centre lane of a motorway, even when the road is clear. This is an offence and drivers who do so can be fined, but the reality is, other than we drive on the right in Spain, there is no difference to the UK, where “middle lane hogging” is also an offence.

Looking at how the two countries compare on roads with more than one lane in the direction of travel, if we first look at the UK, and what Rule 264 of the Highway Code states.

Comparing that to Spain, where we drive on the right, in fact the rule says as far to the right as possible, Article 31 of the Reglamento General Circulacion is where we see rules for normal traffic flow explained.

“On roads with more than one lane for the direction of travel, the normal flow of traffic is in the right hand lane, although you can use the other lane(s) when traffic circumstances dictate”, there is also an extension of the rule which states “provided you do not hinder the progress of another vehicle”.

Although the wording is slightly different, bearing in mind the Spanish version is an interpretation for ease of understanding and not a literal translation, the concept is the same. Under normal traffic circumstances, unless traffic determines otherwise, in the UK we should always drive in the left-hand lane, in Spain we should always use the right-hand lane.

The problem has always been one of understanding the rules of the road. The concept forms an integral part of UK driver training, and has done for many years. You only have to look through historic copies of the Highway Code and you will see the rules clearly printed. But it is a rule seemingly difficult for many to understand.

In 2004, the UK launched a pilot scheme with road signs pointing out the correct lane discipline, and yet these were still largely ignored.

More recently, the UK changed their procedure for dealing with drivers who remain in the centre lane, by changing the procedure for reporting the offence and making it punishable by fixed penalty notice, thus drivers can be fined on the spot and be 100 pound out of pocket.

Back in Spain, the same process is already in place. That is why drivers are issued with on the spot fines, not because they are targeted for being foreigners or any of the other excuses that have been made, but because driving in the right-hand lane is the normal procedure for the flow of traffic, and the fact that “nobody else was around” is not a justifiable excuse for committing any offence.

© No part of this web site may be reproduced without written permission from the publishers. All rights reserved. Todos los derechos reservados.

Fun of the Fayre

ABOUT US
The EURONews247 is the free English community newspaper covering Almeria. Your essential weekly read with something for everyone…