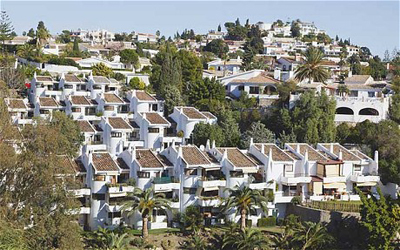 The Andalusian regional government’s announcement last week that it has passed new legislation to legalize around 25,000 properties built without planning permission has prompted a range of different reactions. The ruling Socialist Party has welcomed it, the United Left has doubts, and the PP is highly sceptical, while environmentalist groups have criticized the measures. The news has offered hope to many British homeowners, particularly in Málaga and Almería provinces, who have been living with the threat of demolition for many years. The British government has even stepped in, saying that people who bought or built properties in good faith should be allowed to continue living in their homes.

The majority of properties in Málaga’s inland Axarquía region without planning permission are British owned. Gary Miles bought his house in a rural area from real estate company La Viñuela a decade ago. Like most of his compatriots, he says he bought the property in good faith, and that he was not told at any stage that he might be breaking the law. “In some cases, people were tricked, in others this wasn’t the case,” says Nieves Masegosa, the secretary general of the regional government’s planning department.

In some cases, people were tricked, in others this wasn’t the case”

“I paid my taxes and nobody said anything to me at the time: neither the lawyer nor the town hall,” says Miles. The 56-year-old’s two children go to school nearby and he insists that he filled in all the paperwork, as does his neighbour Mario Blancke. “We are illegal from the legal and town planning perspectives, but not fiscally,” says the Belgian, who has lived in Spain for the last 24 years. He says he has paid all his taxes. His home, built in 2004 on 5,000 square meters of land near the village of Alcaucín, has a building permit and is on the local council’s land register. Blancke speaks on behalf of SOHA (Save Our Homes in Axarquía), which was set up in 2008 and has around 1,000 members, some of them Spanish.

Blancke stood for election in 2011 and is now Alcaucín’s town-planning councillor. He welcomes the regional government’s announcement, but says it is just the “first step”, and many properties are still under threat.

But environmental protection group Ecologists in Action fears precisely that: “This is a door to legalizing all the homes built on land that was not zoned for construction,” says spokesman Juan Clavero.

The regional government’s environment department says the new measures are simply an extension of a 2012 decree aimed at saving around 250,000 homes built on land it describes as “urbanistic settlements” and “disseminated rural habitats”. Those in a third category, “isolated properties,” were also offered the possibility of attaining legal approval. The regional government says it has no figures relating to the number of such properties. Left out of these categories, however, were homes that were built as part of small residential areas.

The regional government is now set to change the law to allow such properties to be regularized, but not legalized, meaning that they cannot be sold. Masegosa says the change to the law will only affect houses built on their own, and not large residential areas, which will be able to seek legal status via the 2012 legislation. She admits that few homeowners have been able to take advantage of this over the last two years, blaming red tape and the economic crisis.

Local councils have been slow to prepare a full inventory of the different types of property within their borders. Of the 772 municipal councils in Andalusia, just 108 have begun doing so. Of these, 60 are in the final stages, meaning that local homeowners can begin the process of regularizing their properties.

In the case of freestanding properties in more remote areas, local councils are now permitted to authorize “isolated” properties, an initiative undertaken by 163 municipalities.