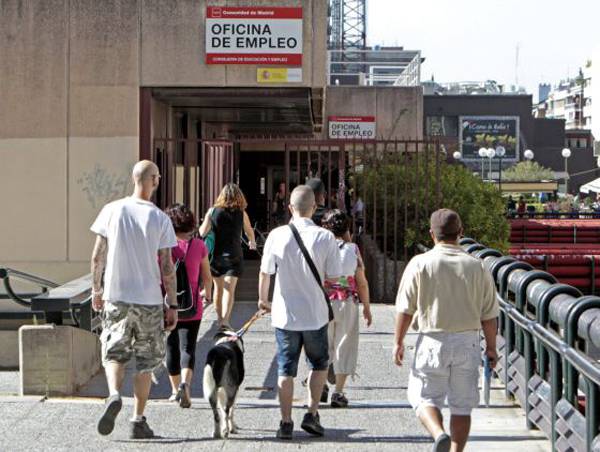 Seasonal factors to blame for new claims, with year-on-year fall highest in the statistical series

Jobless figures broke a six-month streak and went up again in August. The unemployment services registered 8,070 new jobless claims, to reach a total of 4,427,930 people, according to the Labor Ministry.

August also saw 97,582 fewer contributors to the Social Security system, a fact that can be explained by seasonal factors, given that many temporary education and health contracts came to an end last month.

Seasonally adjusted figures shows only 2,298 fewer contributors, much more in line with the incipient economic recovery.