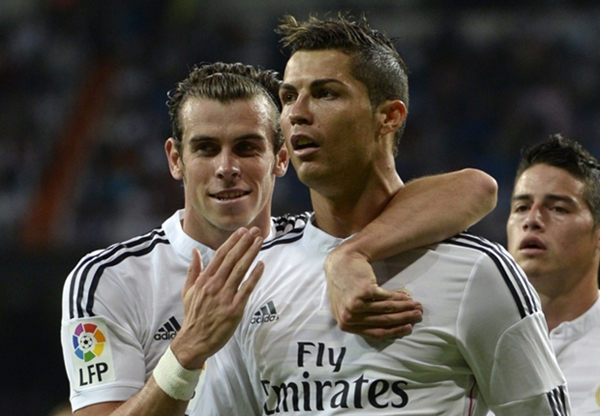 Carlo Ancelotti’s men recorded their third victory of the season, while the visitors have now fallen to two defeats on the trot after losing to SD Eibar in the last round.

Elche got off to a confident start and tried to catch the Whites out in the first quarter of an hour. In an unfortunate play by Cristiano Ronaldo, the referee gave a penalty, which Edu Albacar converted into the first goal of the game. Real Madrid responded quickly and, after a mistake by keeper Manu Herrera, Gareth Bale scored the equaliser that woke up the home side, who stamped their authority on the game thereafter.

Madrid were dominating the encounter when man of the match Cristiano appeared to do the rest. First from a penalty and, four minutes later, with a great header off a Marcelo cross, he made it 3-1 before the break, leaving Fran Escribá’s men with a mountain to climb.

In a calmer second half, Elche looked to control the ball and Ferrán ‘Coro’ Corominas had the best chance to close the gap on the scoreboard.  But Real Madrid defended well and Cristiano had time to score two more goals, taking his tally this season to nine and ensuring he was the big star of the night at the Santiago Bernabéu Stadium.

Elsewhere RC Celta got a second victory of this campaign beating Deportivo La Coruna at home 2-1.