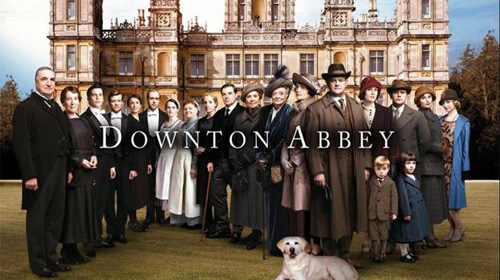 The cast of the popular ITV period drama are said to be planning to produce a festive record just in time for Christmas, The Sun newspaper reports.

The project – which is titled ‘Christmas at Downton Abbey’ – has been backed by classical music label, Rhino, and will feature the vocal talents of Elizabeth McGovern, who plays Cora Crawley, Countess of Grantham.

It is uncertain, however, whether any of the other stars of the show, such as Michelle Dockery, Hugh Bonneville or Dame Maggie Smith will be joining Elizabeth in the recording studio.

The ITV show has previously released an album which showcased original classical music from the composer John Lunn, but this will be the first featuring vocals from the cast themselves.

Downton creator Julian Fellowes said of the cameo: ”He very, very, very kindly agreed to come and be a part of a little special we did that supports the ITV group of charities.

”It was a great privilege and pleasure to have him on the set, and he was very sweet to do it.”