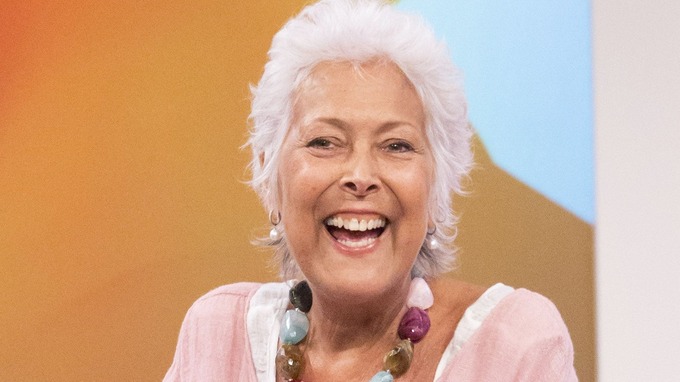 The much-loved star of the Oxo TV adverts and later ITV’s Loose Women was diagnosed with colon cancer in July last year.

The disease later spread to her lungs and liver and in August she announced her decision to end treatment in order to “take back a vestige of control” of her life.

Her decision to end the grueling schedule of chemotherapy she had been enduring was revealed in a serialisation of her autobiography last month. She said her decision to give up treatment was liberating.

The decision to give up chemo was a huge relief because I took back some control of myself. It’s there on the table if I want it.

I don’t want the boys or my husband to see me die a little sad old lady. I want to go out there as I am.

In a statement on behalf of Bellingham’s family, her agent Sue Latimer said she died peacefully in hospital yesterday, surrounded by her family.

Lynda died peacefully in her husband’s arms yesterday evening at a London hospital.

Her family, to whom she was devoted, would like to thank the nurses and staff for their tremendous care and support.

As an actor, writer and presenter, Lynda was a consummate professional to the very end.

Those of us privileged to have known her personally will miss the entertaining, life enhancing, true and honest friend that blessed our lives.

Bellingham, whose sister Barbara died from lung cancer, was a high-profile supporter of Cancer Research UK and Macmillan Cancer Support.

Earlier this year she was honoured with an OBE for her charity work.

Lynda Bellingham enjoyed a career as an actress on stage and screen, as well as a popular TV presenter in recent years.

The 66-year-old was born in Montreal on May 31, 1948 after her father an airline pilot moved there for work, but grew up near Aylesbury in Buckinghamshire.

After studying at the Central School of Speech and Drama, she enjoyed a steady succession of roles in theatre, film and televsion. More recently she starred as a presenter on ITV’s Loose Women.

She married three times and has two sons.

A few days ago she filmed a special farewell episode of the show which is yet to air, in which she received a standing ovation.

In an emotional message to viewers after announcing her decision not to continue with chemo, she described how knowing she was close to death had made her appreciate the important things in life.

It is essential to feel you have some control of your life. Grasp it all, don’t be afraid, enjoy the bits you can and tell your family you love them while you have the chance.

She said her book was written for anyone dealing with the “curveball” of terminal cancers, and should be read as an attempt to start a conversation about dying, in an “uplifting way”.