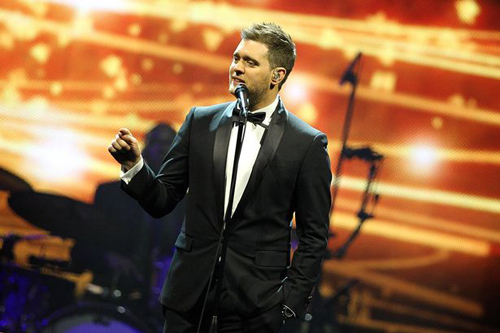 Singer-songwriter and Canadian heartthrob Michael Bublé has revealed two upcoming shows this Christmas on the 2 and 3 December – with tickets out now.

Bublé will be the opening act at the refurbished Birmingham NIA – which following a two-year £26million refurbishment will now be known as the Barclaycard Arena.

The four-time Grammy award winner who has sold over 35million records worldwide, is also set to feature in Frozen star Idina Menzel’s Christmas album, with an all-new “Baby It’s Cold Outside” duet.

The show kicks off on 2 December and concludes the following night on 3 December, with tickets on sale this morning.

Buy tickets for the shows by clicking on a link below:

Are you a Bublé fan? Send us your pics & stories when you have been to see Senor Bublé & we will publish the best via the website!!!

Take a look at his video for the track Close Your Eyes, released last year from his current album To Be Loved below: