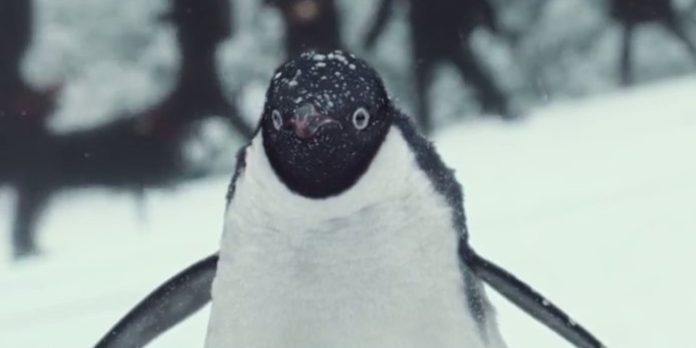 The most anticipated UK advertising event of the year is finally upon us: John Lewis has released its 2014 Christmas ad

Every year the launch of the department store’s TV commercial is a national event. The ad is filmed far further in advance than most typical campaigns, the contents of the spot are shrouded in secrecy and the store holds a huge screening of the commercial for its staff before rolling out the red carpet for a premier at its flagship store in London, as if it was a movie. It usually has a massive budget too: this year £1 million to make (with a further £6 million set aside for media.)

The ads, created by agency Adam&Eve/DDB, tend to be emotional rollercoasters and this spot is no different.

This commercial tells the tale of a little boy Sam and his stuffed toy (and CGI-animated) penguin friend Monty. They do everything together throughout the year — playing, eating— but as the winter months approach, Sam notices Monty is becoming sad. He wants a penguin companion.

It sounds stupid when you describe it — John Lewis’s ads always do. But then you see it you’ll probably burst in to tears. Everyone always does.

The campaign broke on social media at 8am GMT Thursday and will appear on UK TV Friday, premiering on Channel 4 show Gogglebox (A popular realities show that films a group of people around the country watching TV. Yes, it really is popular in the UK.).

But the campaign doesn’t end at the TV, as usual, John Lewis is going to great marketing lengths this Christmas.

In-store, John Lewis has created “Monty’s Den.” The department store has partnered with Samsung using a series of “technology firsts” such as “Monty’s Magical Toy Machine”, which will enable children to take their favorite toys in-store and bring them “to life” using Microsoft “photogrammery” tech that creates a moving 3D image, and “Monty’s Goggles” which use Google Cardboard to give kids a 360-degree tour of a virtual Sam and Monty world.

All 43 John Lewis stores across the UK will feature penguins in some form in their displays to carry on the campaign’s theme.

And just like previous years, John Lewis has its merch sorted. Expect Monty and Mabel toys to fly off the shelves. Last year John Lewis ran out of its Bear and Hare cuddly toys (based on the characters of the 2013 ad) by the end of November.

The TV is reminiscent of John Lewis’ 2011 ad which featured what appeared to be a selfish little boy, impatiently counting down the days until Christmas. The big reveal at the end: he wasn’t excited about getting presents; he couldn’t wait to give a gift to his parents. The nation collectively welled up with joy.