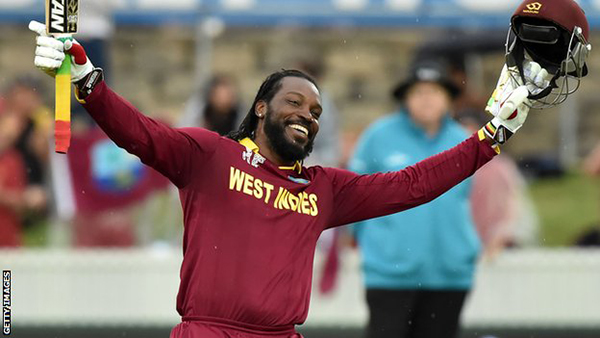 The 35-year-old left-hander reached 200 off 138 balls, hitting Tendai Chatara for a boundary in the 46th over.

His mark eclipsed the unbeaten 188 by South Africa’s Gary Kirsten against the United Arab Emirates in 1996.

Gayle hit a total of 16 sixes in 147 balls before he was out for 215 off the last delivery of his side’s innings.

“It was slow at the start, but you have to take the bull by its horns and try to put some pressure on them,” said Gayle.

“Eventually the field spread and I targeted which balls to attack. When I got past one hundred, I knew I wanted it to be a double hundred, so I’m glad I got the chance to deliver it.”

It was also only the fifth double century in all one-day international cricket and the first by a non-Indian, with Rohit Sharma (two), Sachin Tendulkar and Virender Sehwag the only other batsmen to achieve the feat.