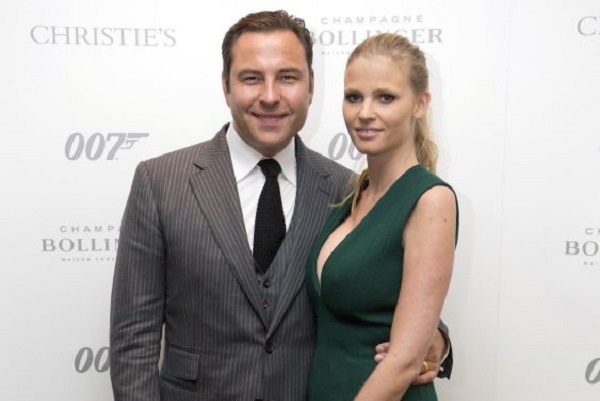 Comedian David Walliams is reported to have split from model wife Lara Stone less than five years after they tied the knot.

According to The Sun, Walliams is said to have agreed to a trial separation from the model, who has reportedly moved out of their North London home, taking their one-year-old son Alfred and dog Bert.

Sources say that the Britain’s Got Talent judge was ‘devastated’ by the split.

‘David has been putting on a brave face,’ one said. ‘But people close to him are very worried because they know he’s devastated.

The source added that the news has ‘stunned David’s friends and TV colleagues’.

‘Everyone thought the marriage was strong. David is used to hiding his emotions with comedy because that’s what he’s always done.

‘But on the inside it is a real wrench.’

The couple initially began dating in 2009, announcing their engagement four months later and marrying in 2010.

They were last seen together at Sir Elton John’s wedding to David Furnish on December 21, with Lara giving no clue of any marital problems as she posted a snap of herself and David online, captioned ‘#ShareTheLove’.

The last public photograph of the pair was taken two days later as they met the cast of the London production of Edward Scissorhands.