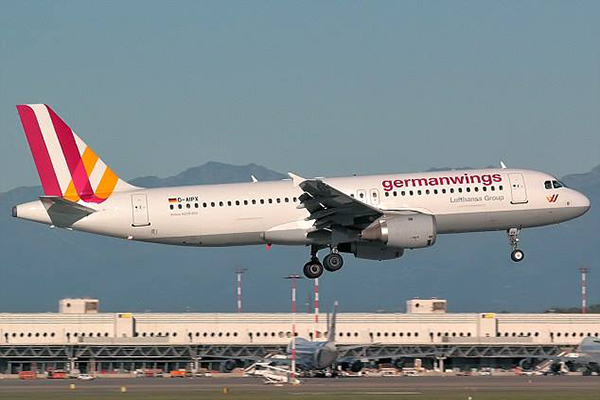 An Airbus A320 airliner has crashed in the French Alps between Barcelonnette and Digne, French aviation officials and police have said.

The jet belongs to the German airline Germanwings, a subsidiary of Lufthansa.

The plane, flight 4U 9525, had been en route from Barcelona to Duesseldorf with 144 passengers and six crew. 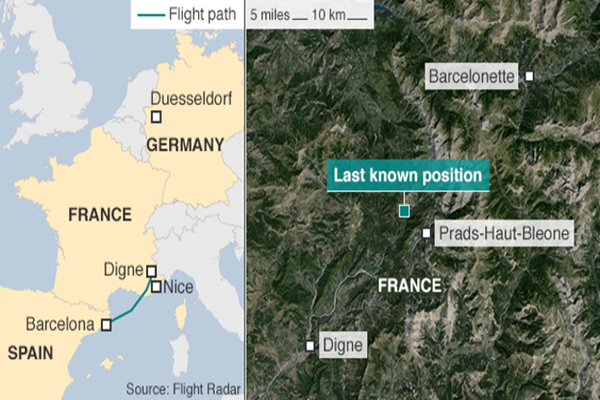 French President Francois Hollande said: “The conditions of the accident, which have not yet been clarified, lead us to think there are no survivors.”

Mr Hollande said the crash was a tragedy, adding that the area was very difficult to access.

Spain’s King Felipe, on a state visit to France, thanked the French government for its help and said he was cancelling the rest of his visit.

The plane issued a distress call at 10:47 (09:47 GMT), the French interior ministry said, although details have not been released.

French Prime Minister Manuel Valls said he had sent Interior Minister Bernard Cazeneuve to the scene and a ministerial crisis cell had been set up to co-ordinate the incident.

Spokesman Pierre-Henry Brandet told BFM TV that it would be “an extremely long and extremely difficult” search-and-rescue operation because of the remoteness.

Lufthansa chief executive Carsten Spohr tweeted: “We do not yet know what has happened to flight 4U 9525. My deepest sympathy goes to the families and friends of our passengers and crew.

“If our fears are confirmed, this is a dark day for Lufthansa. We hope to find survivors.”

The Airbus A320 is a single-aisle passenger jet popular for short- and medium-haul flights.