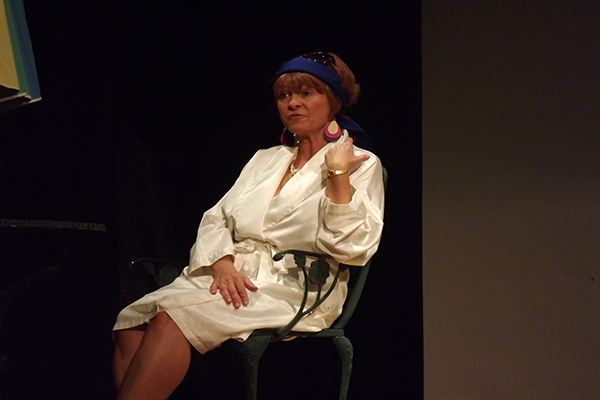 “Shirley Valentine” near The Coast

Now you can now find out how Shirley, came to the Almanzora Valley and Los Gallardos from Liverpool via Mykonos.

The Independent Theatre Group is proud to present “Shirley Valentine”, written by Willy Russell, which features the acclaimed Marie O’Brien in the starring role of Shirley Valentine.   It is directed by Ian Jones, and was the first production of their 2014/2015 season when it was performed in Arboleas in November of last year.   Now by popular demand it is being performed again for 3 nights at Teatro Miraflores at Los Gallardos Camping. 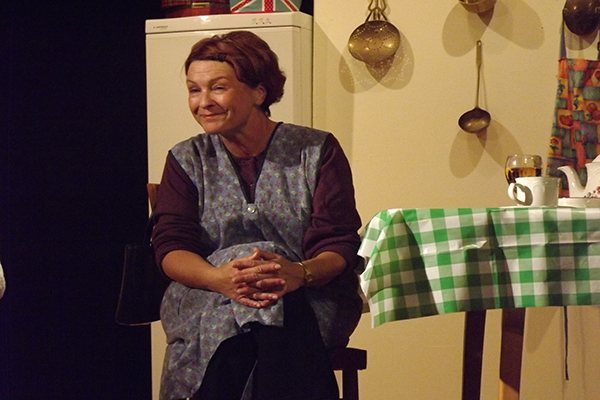 This transformative comedy drama follows our heroine – Shirley Bradshaw nee Valentine – a rather ordinary middle-class English housewife – as she prepares her husbands tea and ruminates on her life, talking to the wall about such subjects as her husband, her children, her past and an attractive offer, which she has received from a girlfriend to go on holiday to Greece. Her husbands shunning of his meal is the straw that breaks the camel’s back and Shirley agrees to take up the offer of the holiday and adventure, facing romantic possibilities and sudden self-awareness, she begins to see the world, and herself, in a different light.

The play is being performed at Teatro Miraflores in Los Gallardos Camping on Saturday, Sunday and Monday 28, 29, & 30 March 2015, at 7.30 p.m.   Tickets, which cost 8.50€ are available from, Gill’s Linen, PC Playa (Next to PAWS) in Mojacar, Total Entertainment in Turre and from Camping Los Gallardos. Also arrangements can be made to have tickets at the door by contacting the Independent Theatre Box Office –
email: itgboxoffice@gmail.com or phone 950 439 406

When a group is asked to re-perform a play by popular demand it is very gratifying and advance enquiries for this production have been heavy so we suggest you purchase your tickets as soon as possible for this adult comedy which does contain some lines with sexual innuendo, but will give you that “Feel Good” factor which we all strive for.