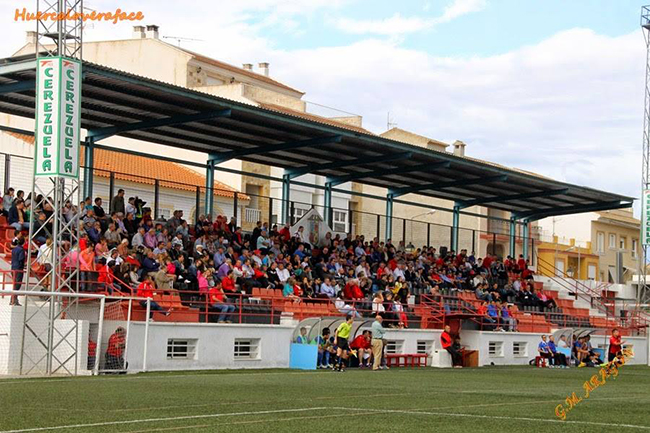 The club are currently occupying in 3rd place in the Tercera Division Group 13 which would earn them a Play Off birth and an attempt at promotion to the Segunda Division Group 4.

The club have never finished the season with a chance of promotion into the Segunda Division but this coming Sunday 10th May at 18:30 the unthinkable could happen when they welcome FC Pinatar to El Hornillo.

The Reds of Huercal-Overa only need to secure a point to guarantee entry into the play off draw after picking up 3pts away in Cartagena last weekend and rivals Aguilas only able to draw.

The season started with high hopes, but the club would be happy with a top half finish. It soon became evident that the side that young coach Sebas had gathered together had a tad more about them & people started to look up instead of down.

The addition of Expat Lee Spires to the squad gave the side an edge at set pieces along with the inclusion of forward Pedro Chinchilla & defender Edu Mesas both previously with Hercules B plus the loans of Carlos Perez & Francisco Moreno from Almeria B have solidified the already talented squad.

Fan favourite Mansour has put in some fantastic displays in midfield this season showing the quality that the side can produce; Paco and Isma have both kept the goal well over the course of the past year, couple that with a solid back line Captained by Pedro Lloris has propelled the side to the heady heights we see today. 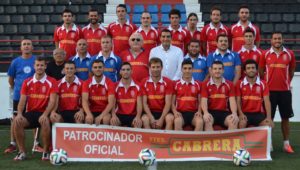 At the other end of the pitch you have the leagues 2nd top scorer Tomas Campanas (18) banging in the goals with help from Pichon who signed at the start of the year, Chinchilla (10) and Victor Marti (signed in Jan 2) all pitching in to make the Red the 3rd top scorers in the league.

A squad boost came in January when Juanma and Raul Ramos joined the set up, Juanma scoring a delightful hat trick on his home debut. Raul Ramos (on loan from Almeria B) has had a stop start time due to injuries but is back to full fitness and could provide and extra spark at the business end of the season.

I would advise you all if you love your sport to get along to El Hornillo, Huercal-Overa on Sunday the 10th at 18:30 to cheer the lads on and join in the party, there is always a good amount of Brits at the game so you wont feel left out.

If you would like more info on how to get there, tickets or anything about the club or local sport contact Lee Rickard-Graham on 671 509 116 or email lee@r-gconsultants.com…