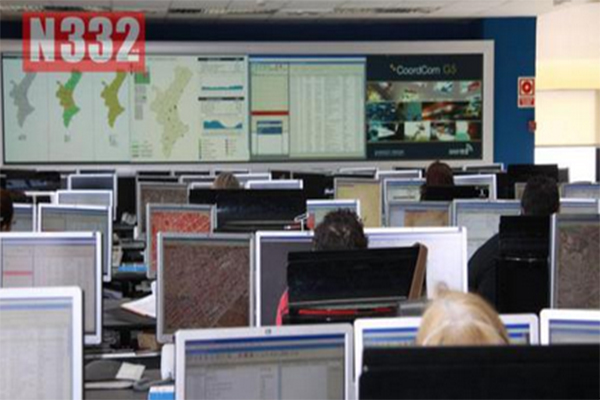 If you are unfortunate to find yourself in a life threatening situation, whatever your emergency, be it the need for the police, fire, ambulance, coastguard, one number is all you need from any fixed or mobile phone, the number 112.

During the month of May, the 112 Emergency Coordination Centre for the Valencia region handled 264,635 calls, and managed a total of 54 496 incidents.

Of the total number of incidents managed, 27 652 were in the province of Valencia, 20,312 in Alicante and 5,916 in Castellon, the remaining 616 from neighbouring regions which were transferred to the appropriate emergency centres.

The majority of incidents were health related, with 32,268 calls, followed by 8,188 incidents relating to public safety. There were 2,490 traffic related incidents, 1,739 fires and 1,353 related to the environment.

The 112 number is a European wide initiative and your call can be dealt with in your own native language. For example, in May, the Valencia centre dealt with 1,358 incidents which were reported in other languages, 705 of which were in English, 114 in German and 83 in French. Perhaps not surprising given the diverse foreign population on the Costa Blanca, the majority of foreign language calls were from the province of Alicante, where 842 calls were dealt with.

Although the 112 number is a European standard, it also has far wider use. In North America for example, dialling 112 will automatically transfer your emergency call to their domestic emergency number. The same applies in Australia.

The 112 number is also standard on mobile phones and will work even if the phone is locked.

The numbers were first chosen as being beneficial partly because using two different numbers reduced the possibility of accidental dialling. It was for this reason that the German police changed their emergency number to force a different key press, for example.

Another benefit was for the old style rotary diallers. Many phone owners chose to lock the dial to prevent misuse, by putting the lock in hole number 3 meant that the emergency number could still be dialled by anybody without a key.

Whatever your emergency and wherever you might be, the one number to remember is 112, because your call will always be answered and dealt with by a team of professionals, in your own language, who will coordinate the emergency, whatever it might be.

The only other piece of advice which needs to be considered is to know where you are if possible. Giving as much location information to the call operator will make for a quicker response.