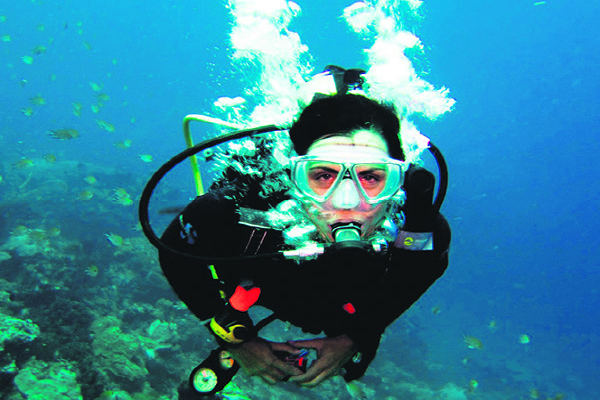 The Region of Murcia offers a paradise for wreck divers, due mainly to the presence of the ancient City and port of Cartagena, which has been the site of active trading for over 3000 years, many ancient cultures including the Phoenicians, Greeks, Romans and Iberians taking advantage of its natural, sheltered port. It has also been an important active military base for the last 2000 years, and is still a major naval base today, home port for many Spanish naval vessels.

During the Civil War it was the main support port for Republican forces and hosted a munitions factory, so was the focal point for a great deal of bombing and military vessel activity. A natural consequence of all of this is that Cartagena is surrounded by the wrecks of vessels from all eras which failed to reach their destinations, rocks, bombs and structural problems all playing their part in providing the many wrcks which make the waters of Cartagena such an enjoyable experience for those who enjoy wreck diving. 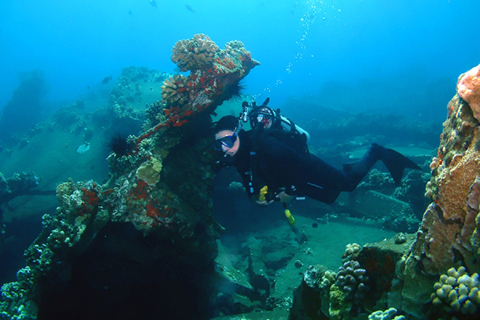 One of the oldest wrecks in the area is the Bajo de la Campana site, which is on a small reef called La Laja and La Campana, just off the Isla Grosa. This is dated to approximately 600BC and the most important wreck here is a phoenician trading ship, concealed beneath another Roman wreck, which had fallen on top of the phoenician vessel.

The site is of great importance to archaeologists as there are so few phoenician sites, and this one contains tantalising traces of wood, although much of the cargo was raw minerals, used for trading during this period ( for more info see Bajo de la Campana). This particular reef is an interesting one, as it holds several wrecks, including more modern vessels,  as the top part of the reef which was formerly visible above the surface was blasted off by the military carrying out target practice, creating a hazard just below the surface which has claimed several victims.

A very popular wreck for divers is the lsla Gomera which sank in a violent storm in 1946 just out of the portof Cabo de Palos. It was carrying a cargo of oranges which lead to the ship being nicknamed the “Naranjito” which divers will be more familiar with. The wreck is 50 metres long and lies at a depth of 28m at the bow and 43m to the propeller.

The Turia and Ulla which are wooden minesweepers were sunk by the Navy between Isla Grosa and Cabo de Palos for training purposes and lie at approximately 28 to 35 metres.

There´s also the “Sama” which is 50 meters deep, but is little visited due to its depth, which is an advanced state of decay, but has many large and interesting nudibranches (hypseldoris picta) living on it.

Another  off shore reef is called the  Bajo de Fuera and lies within the “Islas Hormigas marine park” , a protected marine life area which contains a multitude of interesting marine life.

This reef has been a fatal shipping trap for centuries, the main reason being its proximity to the shore and Islas Hormaigas, and being a substantial reef system which peaks at just 3 metres below the surface. In spite of there being the warning lighthouse of Cabo de Palos nearby, 4 major wrecks lie at the base of the reef.

One is the famous Sirio passenger liner which hit the reef in 1908 and was carrying approximately 1000 immigrants from Italywhen it struck the shallow reef and grounded for days until a storm broke the ship in two, the bow section slipping to the south side of the reef and the stern slipping into the north. This was a tragic disaster, and a tale of greed and corruption, as the vessel had taken on hundreds of passengers illegally, and nobody knows how many really perished on the night it sank.

Other ships are the Minerva wreck, which lies upside down, the Nord America which has an anti-aircraft gun on the stern section at 61 metres, and the Casenga, but all of these lie at 48 meters and deeper, so are more suited to the abilities of a technical diver, rather than a casual.

Bajo de Testa, the closest dive site within the marine park has 4 known anchors from various ships and some of these date back over 1000 years. This site also holds many artefacts which are hidden in the fields of Neptunegrass which are very dense in this area, but is highly protected and divers are forbidden from removing any artefacts.

Out on the northern point of the Islas Hormigas marine park there is also the wreck of the SS Stanfield: this wreck is approximately 120m long and popular among technical divers due to its depth of 45m on top of the deck to 64 m at the propeller. The ship was torpedoed by a German U boat after it was captured and when it sank it hit the sea bed bow first splitting it open which makes it very interesting to dive, with divers able to dive through the bow at 3 different levels.

There are also other various deep wrecks in the Cabo de Palos area which are out of the reach of normal recreational divers and some technical divers as they can be in depths in excess of 100 metres.

These include the Maria Dolores, “Dorris”, Despina, SS Alavi, Atlantic City, Kansega, SS Wilmore, just to mention a few, and there are many more lurking in the darkness waiting for to be discovered and dived.

Cartagena has a great site which is popular with wreck divers, being the CBA wreck off Cartagena, which was purposely sunk by the Navy almost 50 years ago for training purposes  and is a small fishing vessel at a depth of 20m. In this site the navy also sank a Harrier jet fuselage which offers great photo opportunities and is also a very good place to practise navigation skills.

Another great photo opportunity is just off the islandof Escombreras at a depth of 40 metres, where the seabed is strewn with ceramic amphorae which were used by Roman, Greek, Phoenician and Carthaginian vessels to transport oil, wine and salted fish products.

Although the Roman vessel itself has disappeared, the amphorae are still visible, although highly protected by the authorities in Cartagena. 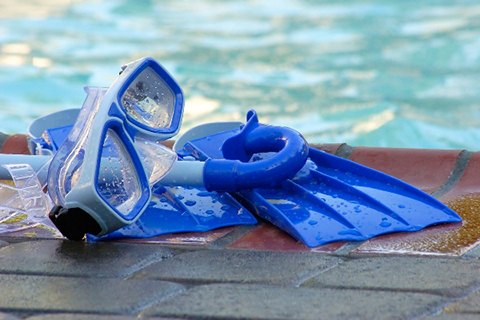