A fundraiser celebrating the first anniversary of Benimar’s Route 66 American diner has helped raise €625 for the Easy Horse Care Rescue Centre at Rojales.

Rescue centre co-founder Sue Weeding thanked everyone who supported the dinner and raffle last Tuesday (June 16), saying the money would go towards the feeding and care of the centre’s more than 90 horses, ponies and donkeys rescued from abuse and neglect.

“It was a very busy day, as Rod had been called out by the police to rescue a horse and later had 700 bales of alfalfa to get off the field,” Sue said.

“I was worried that I wouldn’t be able to attend because I broke my wrist a few weeks ago and can’t drive. But at the last minute all our volunteers from our La Zenia charity shop came to the rescue. They bought the raffle prizes with their own money and picked me up to make sure I could be there. It was just wonderful and a huge thanks to everyone involved.” 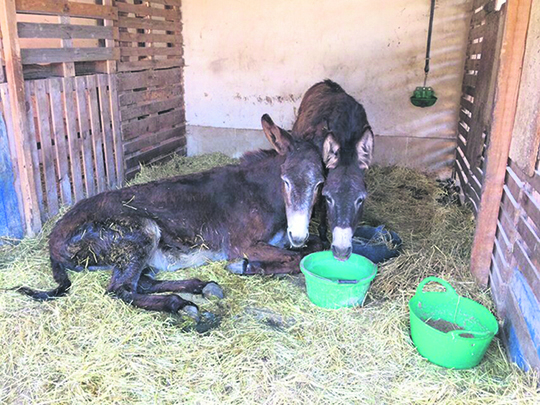 A manager and volunteers are needed to run the Dolores shop, which is expected to open in about four weeks’ time. If you’re interested in helping out, please call Sue on 652 021 980.

The centre also accepts donations to stock its charity shops. Large donated items such as furniture can be collected from your house and each shop also offers a delivery service for large items purchased from the charity stores.

Every cent donated to the Easy Horse Care Rescue Centre or spent in the charity shops goes towards the feeding and care of the more than 90 horses, ponies and donkeys that live at the centre. 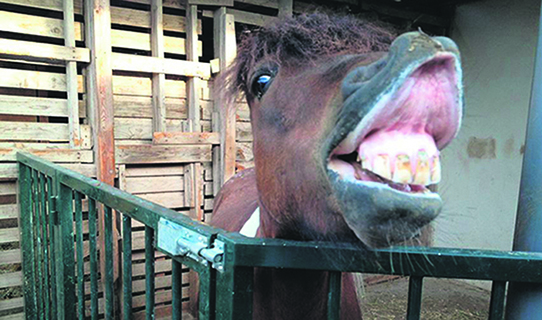 The rescue centre, located just outside Rojales at Partido Lo Garriga 59, opens to the public on the first Sunday of every month from 1pm to 4pm. For more details and directions, please visit www.easyhorsecare.net.