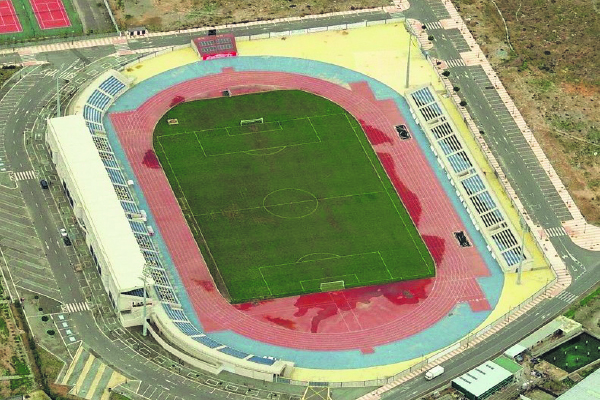 The City Council of Roquetas de Mar announced last the imminent start of construction of adequate access to future fire station on the road to the markets, which as you know will be located in the vicinity of the Estadio Antonio Peroles.

Preconstruction investment amounts to 80,350€ and has an execution period of two months, having been awarded back in March, but has been now when the City Council has signed the contract. The performance will be undertaken without limits or construction details as yet known, and it was justified this week by the town because “the City Council has been forced to undertake to provide quick routes into space for a proper connection Traffic communicate catch all the districts of the municipality, despite the suspension of the works of the variant, which provides a direct exit to catch “the deputy mayor, Eloisa Cabrera, who blamed the delays on the road said to the Board of Andalusia.

Remember that the catch accumulates a delay of several years, since its opening was raised already more than a decade due to the time of arrival of fire-fighters from El Ejido Park, especially in tourist areas.

The location of future catch was appointed in 2007, although the lack of agreement with the owner and the slowness with which the consortium handled the project, not allowed to start actual layout of the land until last December, after expropriation the same for an amount of 120,287€. The purchase took place months after the Consortium confirmed his interest in the land and report it had already drawn up a blueprint and geotechnical testing.

For the City, the location is ideal because “the connections with the rest of the municipality that will allow this location were crucial to deciding its location,” he said this week the deputy mayor, Eloisa Cabrera, who said that “ We have been taking steps, reaching agreements and finally getting Roquetas de Mar has suddenly a fire station as a city demand in winter is around 100,000 inhabitants and over 200,000 in summer.”