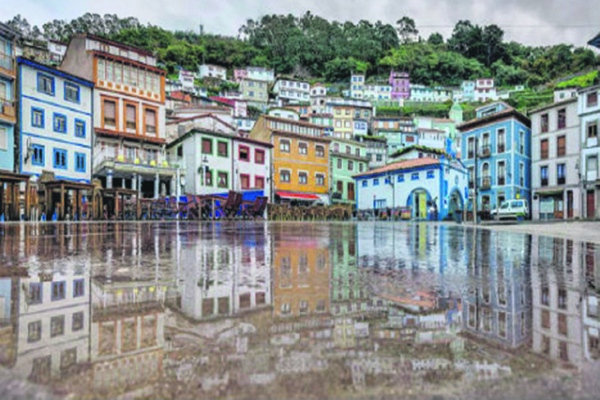 OFF THE BEATEN TRACK:  The Best Kept Travel Secrets in Spain

Spain has so much to see off the beaten track so why not take the road less travelled and discover a few hidden gems?

Spain can boast a great deal of Unesco World Heritage sites, and several of them have recently made it onto Lonely Planet’s top 500 things to see in the world.  But why take the road everybody else is taking when Spain has so many unsung beauties to offer?  You’ve already seen the Alhambra and the Sagrada Familia – now it’s time to take your sightseeing to the next level.

Alcázar of Segovia
Visiting this stunning alcazar is like the beginning of a Disney film.  In fact, it was one of the inspirations for Cinderella’s castle.  Its historical importance for the monarchs of Spain – particularly in the early reign of Isabel la Catolica – has ensured its constant preservation and renovation by kings and queens for centuries. Segovia is only a short train ride from Madrid and makes for a magical day-trip if you’re visiting the capital.

Cartagena
Cartagena is home to one of the greatest defensive ports in the Western Mediterranean and its unique position has meant that the harbour has hosted and advanced every empire that has invaded Spain. Though it owes its name to the Carthaginians, the Roman amphitheatre and Byzantine wall all reveal a complex heritage that tourists can enjoy alongside the excellent fish restaurants by the beach.

Calle del Laurel
If you’re going to Spain for the tapas, why restrict yourself to the well-trodden streets of Madrid’s La Latina or San Sebastián when you can go to Spain’s little known pintxos mecca Calle del Laurel? Locals in Logroño flock to this street day and night to meet friends and drink late into the night.  Logroño is the capital of La Rioja, one of Spain’s most prolific wine regions, so take advantage of the delicious tapas on offer by combining them with the local grape varieties.

La Graciosa
The volcanic island is 2km north of party capital Lanzarote – so maybe if you’re out there for some Spanish hedonism, take a day off for a bit of peace and quiet and go to one of the few places in the world that still has no tarmac roads.  There are a couple of apartments and villages to stay in, but La Graciosa is otherwise untouched by tourism and offers a quasi-Jurassic escape away from the partying in the Canary islands.

Las Medulas
This amaxing landscape on the border between Galicia and Castilla y Leon is really worth the effort. Once the Roman Empire’s most important gold mine, archeologists have since uncovered several Roman settlements nearby too. And if you look closely very closely, you may even see some ancient inscriptions.

Burgos Cathedral
This formidable Gothic cathedral is one of Spain’s least crowded UNESCO World Heritage sites. It’s awe-inspiring size, unique architecture and, above all, its claim to the final resting place of Spanish national hero El Cid, all make it an important site for any tourist wishing to know more about the history of Spain.

Cuenca
Cuenca is famous for its casas colgadas, literally hanging houses, that look like they’re about to topple over the edge of a cliff – probably half-believable as they’re in Spain’s famously windy region of Castile-La Mancha.  For those architecture boffins among you, Cuenca boasts Spain’s oldest Gothic cathedral.

Cape Finisterre
Believed to be the end of the known world in the Roman times, this Galician rock-bound peninsula can certainly seem foreboding on one of the region’s many gloomy days.  It’s a tradition for pilgrims on the Camino del Santiago de Compostela to burn their clothes or boots at the end of the journey at Cape Finisterre, somewhat adding to this far corner of the earth’s sometimes biblical temperament.

El Parque Natural del Cabo de Gata, Almería
Spain’s expansive geography means that visitors are spoilt for choice when it comes to choosing a nature reserve or park.  This reserve includes villages, beaches and vast green areas that have all been protected from urbanisation and gratuitous tourism.  Set in sunny Almería, it definitely makes a change from the Mediterranean seaside resorts that do little to stimulate the imagination.

Úbeda and Baeza
These two beautiful towns in the province of Jaen are well-established as Spain’s earliest examples of the Renaissance style, and palaces and churches have enshrined the towns’ position in the Unesco World Heritage site.  The villages are surrounded by olive groves and the visit would be wasted if you don’t sample some of the luxury olive oil there.

Palmeral of Elche
Date palms are of special significance in Spain as it is said one of the first Moorish kings brought them over to make him feel more at home in his exile – although date palms seem to have already been around since way back in the 5th century B.C. under the care of Iberian tribes.  This charming system of palm orchards in the city of Elche was, however, definitely planted by the Muslims when they conquered the Iberian Peninsula and the Palmeral is an example of the elaborate irrigation systems that the Arabs brought to Spain.

Cudillero, Asturias
This gorgeous fishing village is guaranteed to wow all your Instagram followers.  A new marina provides a lovely opportunity to take seaside strolls and you might also catch sight of some pilgrims on the Camino de Santiago.  Asturias is famous for its cider, a cloudy beverage that must be poured from above your head so that the liquid can oxidise before it hits your glass.  A messy but fun business – and you’ve got to drink it before it goes cloudy again, so get ready to down glasses of it like there’s no tomorrow.  (The chances are there will be one and it will start with a hangover).

Guadix
You may have heard about the caves of Granada’s gypsy quarter, Sacromonte, but they are few and far between in comparison to Guadix which has the highest concentration of cave dwellings in Spain. Tourists can actually stay in some of these caves and grasp an idea of how the community there lives day to day, which is certainly an attractive idea in the searingly hot Andalusian summers as the caves stay naturally cool.    So if you fancy living like a Flintstone, this is the place for you.

Juzcar, aka Smurf Village
Painted blue for Hollywood film ‘The Smurfs’, this tiny little town in Málaga decided it quite liked its sky-coloured makeover and saw tourist numbers leap from a lowly 300 a year to a formidable 80,000.  It makes a pleasant change from the other equally beautiful white-washed villages that pepper the Andalusian region and will give you plenty of entertaining photographs to show your friends back home.