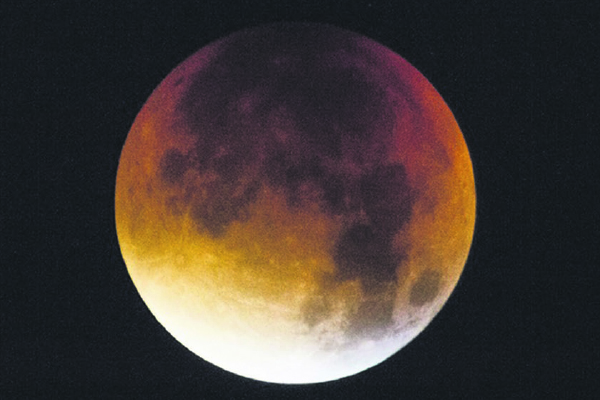 Sky-watchers from North and South America to western Europe have been enjoying a rare astronomical event in which the moon has appeared to redden in the night’s sky – a so-called blood moon. It’s the result of a rare combination of an eclipse with the closest full moon of the year

What is a Blood Moon?

Blood Moon is sometimes used to describe a Total Lunar Eclipse. When the Earth casts its shadow on a Full Moon and eclipses it, the Moon may get a red glow.

It’s Part of a Lunar Tetrad

The September 28, 2015 Total Lunar Eclipse is the fourth and final eclipse in a series of four total lunar eclipses called the lunar tetrad. The first three eclipses of the tetrad took place on April 15, 2014, October 8, 2014 and on April 4, 2015.

Notice something interesting about the dates? Each of the eclipses in the tetrad occurs about 6 months apart and have 5 full Moons between them!

Lunar tetrads can be rare in some centuries and can occur frequently in others. The 21st century will have 8 lunar tetrads, the maximum number of lunar tetrads that can occur in a century. The last time this happened was in the 9th century!

The next lunar tetrad of the 21st century will start with the April 25, 2032 Total Lunar Eclipse.