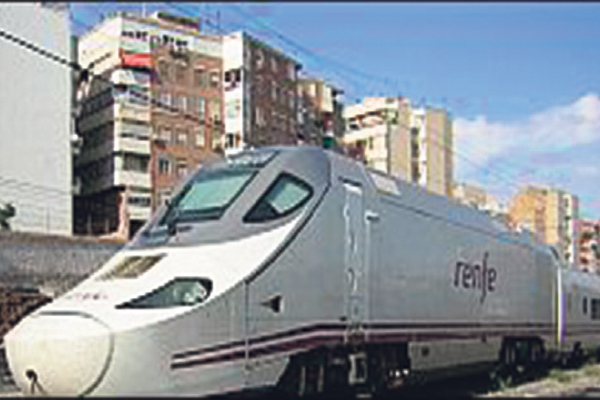 TRAIN DRIVERS DUE TO STRIKE

THE first in a series of train driver strikes will affect rail traffic this coming Friday (September 4), when workers will down tools for 24 hours.

Their union, SEMAF, says it has not received a response from rail board RENFE after attempts to negotiate fairer working conditions which allow drivers to provide a quality service to customers.

According to SEMAF, the average age of a train driver in Spain is ‘over 54 years’, meaning many are close to State retirement age of 65 and beginning to suffer the usual health issues of middle age making their jobs more difficult.

They are more likely to go off sick or find themselves struggling to cope physically, SEMAF says, possibly ending up being retired early on health grounds.

As a result, the ‘population’ of train drivers is dwindling, and no attempts by RENFE to increase its staff teams are apparent.

SEMAF reached an agreement with RENFE on May 14, when the latter promised to develop a ‘consistent strategy’ to tackle the ‘serious staffing issues’ among train drivers.

The deadline given has long passed, says SEMAF, and no response from the rail board is forthcoming.
According to the union, RENFE bosses have ‘not wanted to consider any of the proposals presented’ but has made ‘unilateral decisions’ where they have ‘applied opposite criteria to that established in current employment laws’.

The first strike, a week today, will take place all day long and the second one will be the following Friday, September 11.