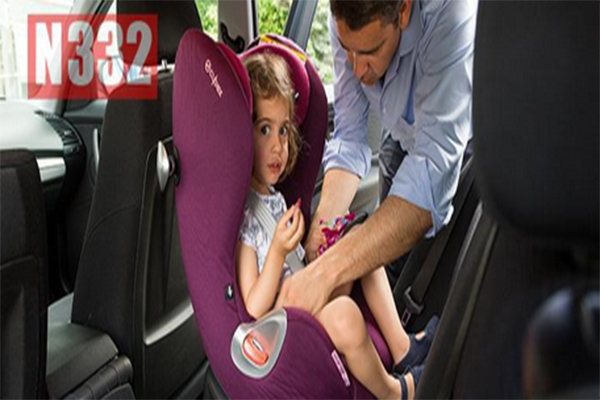 New traffic laws came into force from 1st of October in Spain, with the main objective of protecting children in cars.

As of the 1st of October, all children measuring 135 cm in height or less must ride in the rear seats of a vehicle, irrespective of their age, and in addition to the requirements of the correct seat being provided appropriate to their size and weight.

There are a number of exceptions to the rule, for example, when the vehicle does not have rear seats, when all rear seats are already occupied by others under the same characteristics, and where it is not possible to install approved child restraints in those rear seats. These are the only occasions when children may occupy a front seat, but they must always use the restraint system approved for their height and weight.

The amendment of that article also stipulates that child restraints must be installed in the vehicle in accordance with the instructions provided by the manufacturer and the instructions that will indicate how and what kind of vehicles can be used safely. With this modification the EU Directive 2014/37 / EU on the compulsory use of safety belts and child restraints in vehicles is transposed.

The modification of the law also reflects the scientific evidence from numerous studies that demonstrate the benefit of children traveling in the rear seats of vehicles in order to strengthen their protection.

A study in the United States looked at 5,751 vehicle occupants under the age of 15 who had suffered a serious car incident. The report shows that sitting in the back seat had a protective effect with respect to serious injury or death.

A further study in Australia concluded that the risk of death in children under 4 years of age involved in an incident whilst travelling in a car was doubled if they sat in the front. The risk of death was four times higher if the person was under 1 year of age, according to the study.

Not only is the overall risk of injury higher in the front seats, but also the severity of injuries sustained, according to the CIREN institution, the Crash Injury Research Engineering Network.

The change to the law in Spain has been prompted on account of the DGT seeing growing concerns for the safety of children in vehicles. In 2014, 2 of the 14 children under 12 years of age who were killed whilst travelling in vehicles were not wearing any safety device at the time of the accident. It was the same for 9 out of the 82 children who were seriously injured, they too were not wearing any kind of restraint.

The DGT therefore made it one of their priority objectives in the 2011-2020 Road Safety Strategy, to ensure that no child loses their life as a result of not being properly restrained.

Therefore, as well as clarifying the laws and making them easier to understand, the DGT have also increased the powers of the traffic police in dealing with adults who fail to take necessary responsibility for children, including the immediate immobilisation of a vehicle where children are found to be travelling without appropriate safety restraints.

To make the matter even clearer, there are a number of Golden Rules that must be followed regarding children in vehicle.

Never carry a child in your arms or use the same seat belt that is protecting the adult.

The use of child restraint systems (CRS) reduced the risk of death by 75% and the severity of injuries by 90%.

Make sure the seat is properly installed. It should not move and ought to be properly secured, the recommended option being the Isofix anchorage system

The child’s head should never hover higher than or over the back of the seat. If this happens it must be replaced by another of a suitable size.

If the child has to ride in the front seat, because of one of the three exceptions, if the vehicle has front airbags, you must only use a rear-facing restraint if the airbag has been deactivated.

Always make sure that the restraints are well anchored, even on short journeys, where the highest number of risk behaviours accumulate.

It is recommended that you continue to use appropriate and approved child restraint system until the child reaches 150 cm in height. Once a child is taller than 150 cm, then they must use the vehicle seat belt.

It is important to note that it is the responsibility of the adults transporting children to ensure their safety, as well as their own.