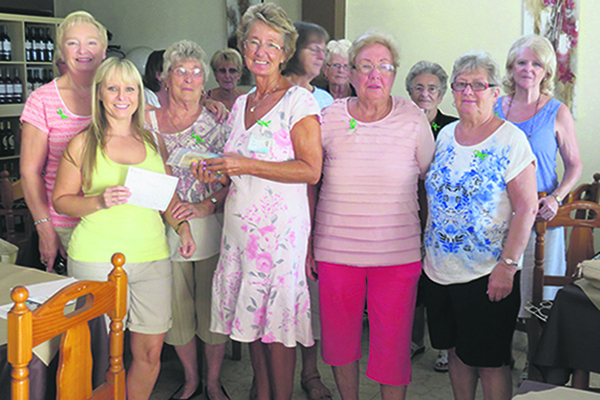 The group of ladies calling themselves “The Weigh-In Club” recently held another series of events in aid of AECC Torrevieja and again surpassed their previous best figures. Based at Casa Mia in El Chaparral the ladies raised the sum of €1679, mainly by selling home-made cakes and holding a a very profitable raffle, as in previous years. Casa Mia hosted the main event but many other local businesses also provided help by donating prizes. 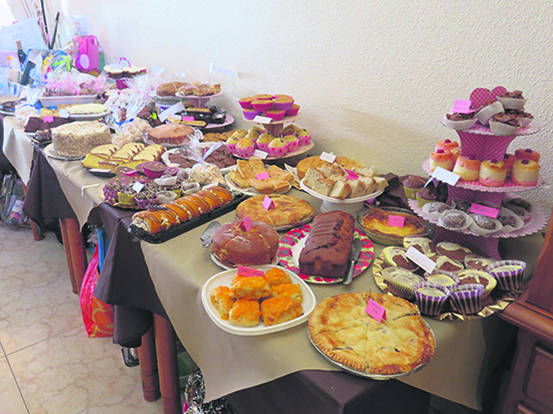 AECC Hospital volunteer Ann Bissett was there to collect the money from Caroline Richardson, and was pleasantly surprised to be told that in addition to the money raised by the Weigh-In Club a lady named Jackie McGee had raised an additional €470 by organising a coffee afternoon at the Bamboo Lounge in Entre Naranjos. 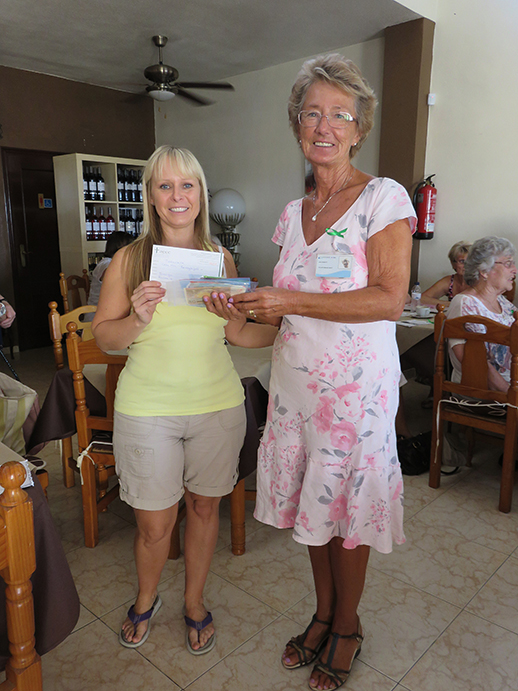 Jackie’s amount made an outstanding sum of €2149 to be given to AECC for its battle against cancer and its help for those suffering from it. Ann thanked all the ladies and donators for their generosity and hard work, but also reminded the ladies of the need for regular breast cancer and cervical smear checks, which AECC can always provide. Ann also asked the ladies if they could remind the men in their lives to have their checks done too. 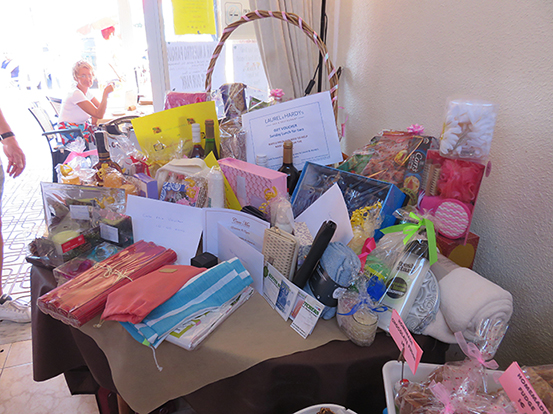