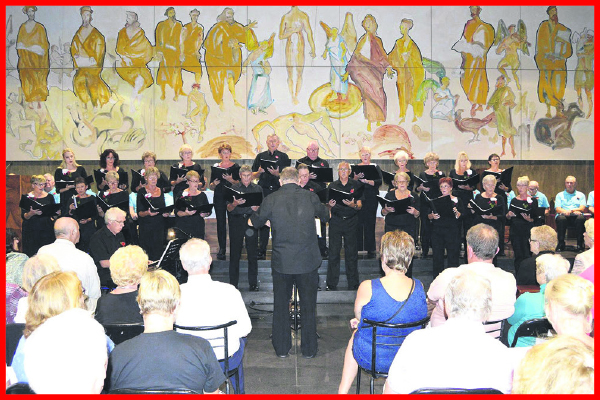 Remembrance Day concert wows sell-out audience Last Sunday a huge concert was held in the Centro Ecumenico church, La Zenia. It was mounted by two of the leading choirs on the Costa, the Orihuela Costa Male Voice Choir and the chamber choir ‘In Harmony’, both trained and conducted by Nigel Hopkins.

The event was held in support of the Royal British Legion (ORIHUELA Costa branch) and the church building fund, both of whom received at least €1.000 each from the proceeds of the concert. Both choirs were on top form, both singing an entire new repertoire. 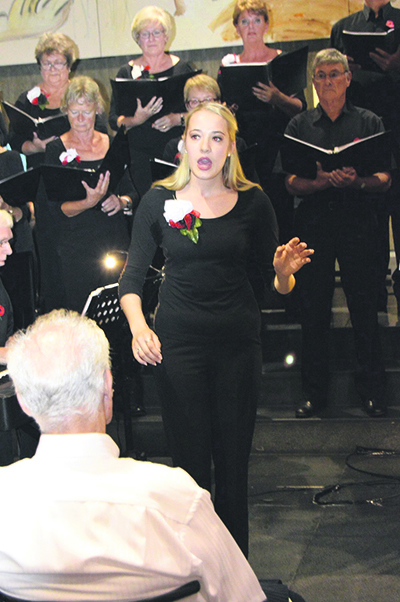 In
Harmony started off the evening with the Elizabethan Serenade and Dream A Dream (to the tune of Faure’s Pavane). There followed a medley of songs from Les Miserables sung by the Male Voice Choir, during which the guest soloist Janelle Gaskell gave a superb rendition of On My Own, and choir soloist Graham Cooke delighted with Stars. 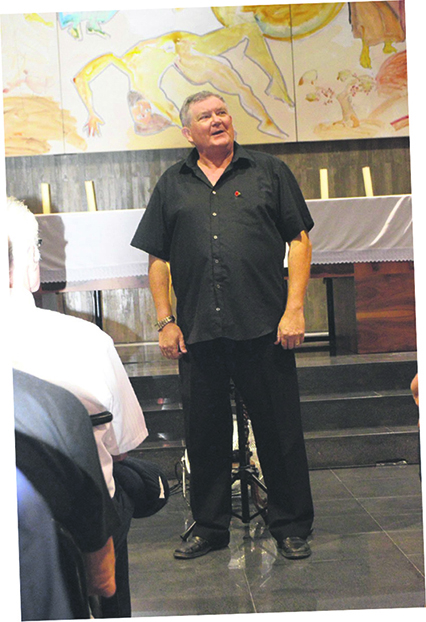 The evening continued in great style to very generous applause from a clearly delighted packed audience. Of particular note was the launching of the professional career of 18 year old singing sensation, Verity Hall, who thrilled the enthralled audience with both Vilia (from the Merry Widow) and later the operatic showstopper O Mio Babbino Caro (O My Beloved Father). This talented singer, who is under the personal tutelage of Nigel Hopkins, showed that she has a great future in the profession in the years to come. Could the evening get any better? Nigel Hopkins kept his secret weapon till near the end of the concert when he introduced the soprano Mary Beer who sang, along with the ladies of In Harmony, the enigmatic Nun’s Chorus from Casanova by Johann Strauss. Mary soared above the chorus with the incredible descant made so famous by the world-famous soprano Joan Sutherland. One appreciative audience member declared afterwards that she ‘thought the gates of heaven had opened’ upon hearing this piece.

Not only did Nigel conduct and compere the whole performance, but he also sang two beautiful songs, I Believe and Bless This House, to tumultuous applause. The concert ended with both choirs singing Nigel’s arrangement of Let There Be Peace On Earth which brought the entire audience to their feet in a lengthy standing ovation. All in all this concert must rate as probably the best evening’s entertainment heard on the whole Costa for many a long year. 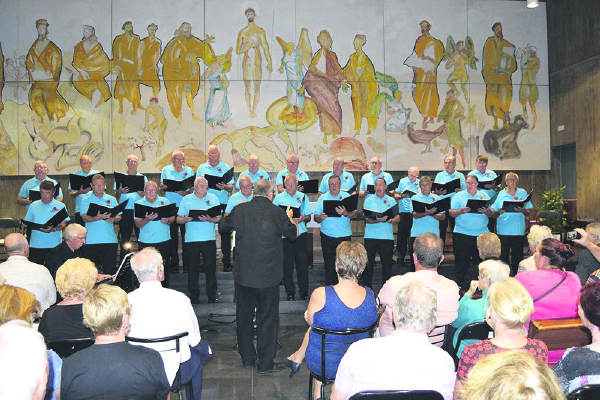 In Harmony are now rehearsing for their annual Christmas Concert in La Zenia church (off the island) on Sunday 13th December. Tickets are now on sale at La Ponderosa gift shop, C.C. La Zenia