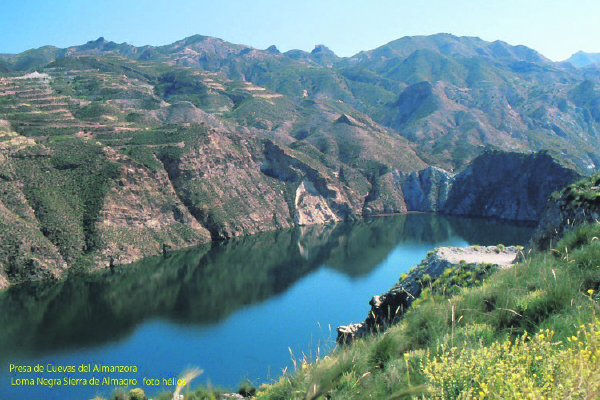 The Sierra de los Filabres mountain range lies at the edge of the desert. This mountainous landscape is criss-crossed with forest trails, ideal for a spot of hiking.

It is a meeting point of cultures, including prehistoric sites, remains of Roman aqueducts, Moorish alcazabas (castles) and whitewashed villages, such as Olula de Castro, Albánchez and Castro de Filabres. These are combined with examples of tomorrow, such as the Calar Alto Astronomy Observatory, in Gérgal.

Discover all of the attractions that the towns in the Sierra de los Filabres region have to offer. The Sierra de Los Filabres is the main mountain range in the province of Almeria, although the highest peaks of Almería are in Sierra Nevada, and it forms the southern limit of the Almanzora Valley. It is 50 km long and 25 km wide, with a total area of 150,000 ha. Along with Sierra de Baza, it makes a single range, but has a different name depending on the province where it is located, only being called Sierra de Baza in the province of Granada. Its average height is 1,500m, though we can find heights above 2,000m, like Calar Alto (2,168m), Tetica de Bacares (2,080m) and Calar del Gallinero (2,049m).

The materials that make up the range are a lower unit 5 km thick made up of schist-quartzite rocks from the Paleozoic age. Over this base-layer is a 1 km thick cover made up of schists and quartzites with insertions of carbonates and gneiss rocks, from the Permo-Triassic age. Locally, between the lower and upper layers there is another 1 km layer made up of metamorphosed limestones, marbles and several kinds of micaschists from the middle and upper Triasic

This sierra hosts an interesting flora. The matorral slopes up to 1500m consisting of genistas and esparto grass, give way to an understory of rockrose, savory and blue broom along with a forest of pine trees from an afforestation carried out in the 1960’s. Some outstanding species are the endemic Centaurea sagredoi, Erodium rupicola, Erodium valentinum, Brassica repanda subsp. almeriensis, Pterocephalus spathulatus, Astragalus peregrinus subsp. warionis, Primula elatior subsp. lofthousei and Saxifraga trabutiana, amongst others.