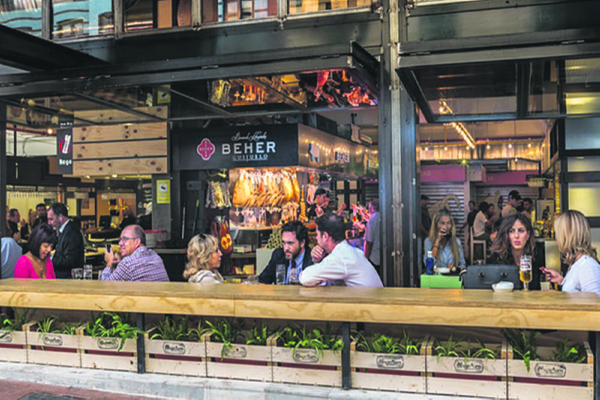 The much talked-about makeover of Málaga as a destination in its own right isn’t limited to its newly opened art galleries. The ambitions of the city that has long served as the gateway to the Costa del Sol have taken a gastronomic turn, with a developing food scene. The latest addition is a gourmet food market in the style of Madrid’s Mercado de San Miguel and Barcelona’s emblematic Boqueria.

The Mercado Merced is in the heart of Málaga, a few steps from the birthplace of the city’s most famous son – Pablo Picasso. After six months of renovations, the new market was unveiled last month with 22 stalls, showcasing both stalwarts and newcomers to Spanish cuisine – a mix of innovators and traditional producers.
Cot-Cot sells classic tortilla made from its own eggs

At Arequipa, the fusion of Latin and Asian flavours is the work of a celebrated young chef, Diego Gallegos, whose restaurant Sollo, in the nearby town of Fuengirola, has had rave reviews since opening earlier this year. Arequipa’s calamar japo is a must-try: grilled calamari served on a reduced tomato-based sauce with kimchi salsa, Japanese red chillies and fresh coriander, is full of creamy goodness with a sweet and spicy kick. 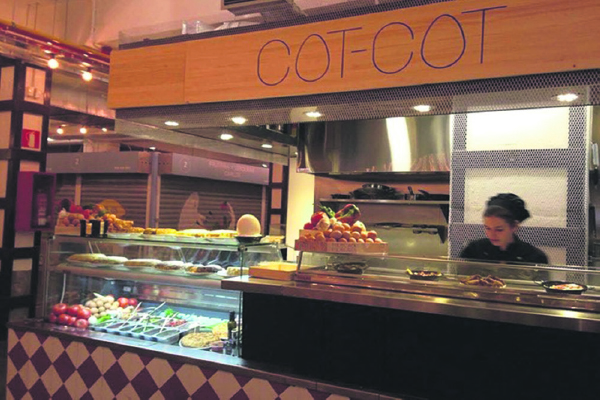 At Cot-Cot, classic tortilla, made with eggs from its own farm, takes centre stage.
An outpost of the Antigua Casa de Guardia (Málaga’s oldest bar, built in 1840) offers the city’s sweet wines, vermouth and sherry from its own winery. Local favourite Pajarete 1908 is a dark wine made from Pedro Jimenez grapes. The traditional part of the market, with 17 meat, produce and fish vendors, opens in early November.