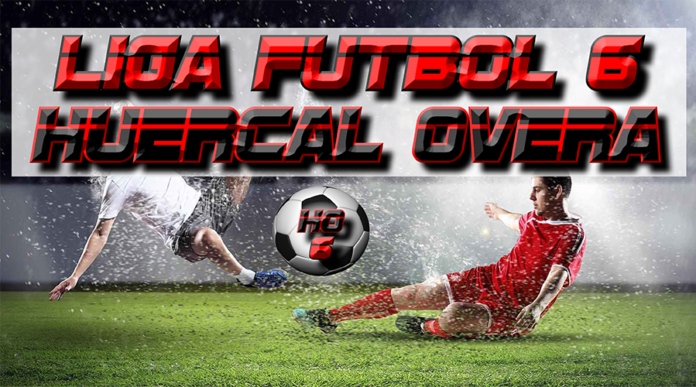 Monday the 11th of April will remain in the history books for Huercal United FC as the Voss Homes Sponsored Liga de Futbol 6 Huercal-Overa got under way at  Las Pistas in Huercal-Overa. The first ever competitive game for United saw them take on the Huercal-Overa CF Veterans who have high hopes of finishing well in the league.

The scoring opened with a screamer from Huercal Uniteds Rickard-Graham as he met a cross with a thundering volley into the top of the net; sadly this was into his own net, and enduring much ribbing from his team-mates! The first half continued in the same vein of form with the Veterans looking comfortable on the ball, limiting United to long range efforts. Whilst moving the ball around well it is clear that United need a little more fitness to be able to compete in the league but this will come with game time.

The Veterans went in 6-0 up at the break with a change of dynamic in the second half for Utd as they try to win the 2nd half with Dan Saxon moving up and leaving the defensive duties to a rolling back line of Ian Brocklehurst and David Greenwood. Meaning Lee Danson, Milwall Mickey and Pele to feed off knock downs from the long ball up front.

This seemed to work well for the first part of the 2nd period with Utd looking more likely to get a break through, Saxon, Danson and Millwall Mickey all having attempts on target but still not able to fire past the Vets stopper.

The game ended at 12-0, not what the Utd players had hoped for but with Terry Sharpe returning next week there is another body to work with as using rolling subs will help whilst the fitness gets better.

Next up for Huercal United FC is Indalphone on Monday the 18th April at 21:00, another difficult match up in a very competitive league.

The team are looking for new players to get involved, currently lacking a fixed goalkeeper and 3 or 4 outfield generals! If you would like to get involved in any way contact Lee Rickard Graham on 6715 09 116 or email lee@r-gconsultants.com