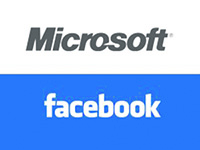 A new submarine cable will connect Virginia Beach, in the US, with the Biscay town of Sopelana. The whole purpose of this is to make the data centres and server communication of the two Internet giants much faster on both sides of the Atlantic.

Facebook and Microsoft have joined forces to lay a state-of-the-art underwater cable that connects their data centres on both sides of the Atlantic. It has been announced that they will use the services of Spanish company Telefónica to carry this out. 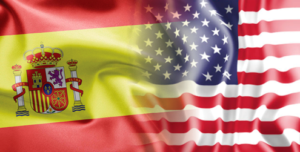 The project has been named “Marea”, which translates to “Tide”, and it will have the capacity to transmit 160 terabits per second, 16 million times faster than a regular home Internet connection. This means that this will be the transatlantic cable with the highest bandwidth to ever exist. The infrastructure will be handled by the company Telxius Telecom, recently created by Telefónica.

With the unstoppable growth of Internet icons such as Facebook, these companies are looking for ways to control the infrastructure used to connect their data centres and operate more efficiently. The submarine cable is expected to function in October 2017 and its traffic will give priority to the needs of Facebook and Microsoft.

A great number of telecommunications cables that unite both sides of the Atlantic generally begin in New York, but “Marea” will be situated further south, near the data centre that Facebook has in Rutherford (North Carolina).

Microsoft will use this new creation for its services in the cloud, like those of the Azure platform, the Xbox game console or social media platforms such as Skype. It hopes that this new cable will turn out to be the new generation of Internet infrastructure.

And working with Facebook and Microsoft in this project will reinforce the leadership of Telxius as one of the most important companies of telecommunications infrastructure in the world, which is fantastic news for the Spanish company.