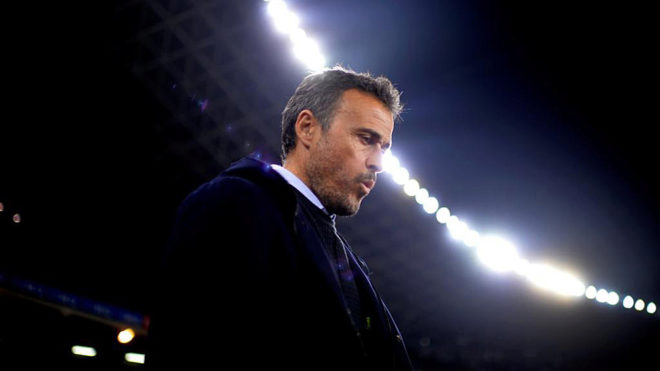 Time for change at Barcelona as Messi wants Sampaoli

It is a delicate relationship between Luis Enrique and his Barcelona squad, and not just because of the Paris Saint-Germain debacle but because of lingering issues amongst the team.

It doesn’t look like the Asturian boss will be staying for much longer, as negotiations between the club and the coach hadn’t been finalised in addition to the Champions League humiliation.”PSG were better than us tactically, we expected something else,” Busquets said after the match, a comment many are interpreting as a dig at his coach’s plan.

Few amongst the squad understand why Luis Enrique continues to insist on playing Andre Gomes rather than the much more effective Ivan Rakitic. In addition, several players are unhappy with the amount of playing time they are getting, as is inevitable with any team, but Tuesday night’s result has brought everything to the forefront.

The poor right-back planning has meant Aleix Vidal’s injury leaves the squad bare at that position, and the decision not to sign a player there is costing the side.

All season Luis Enrique had been coy about whether he intended to continue as Barcelona boss but it could very well be the board who make the decision for him if the team no longer believes in his ability to lead the squad.

The Catalan giants are reportedly lining up Jorge Sampaoli to replace Luis Enrique according to the Daily Telegraph. The Blaugrana manager has been under pressure this season as they are fallen far behind Real Madrid in the title race and are on the verge of being knocked out of the Champions League.

Sampaoli has been doing an excellent job at Sevilla this season and has taken them up to 3rd in the La Liga table. The former Chile manager was suggested to Barcelona by Lionel Messi in 2013, but the board appoints Tata Martino instead.

Keep in touch with Sport in Spain at www.sportcentral.es