Banned cyclist Lance Armstrong has lost his bid to block a $100m (£79m) lawsuit by the US government.

The suit alleges that Armstrong defrauded the government by cheating while riding for the publicly funded US Postal Service team.

It was filed by Armstrong’s former team-mate Floyd Landis before being joined by the government in 2013.

A federal judge refused to block the lawsuit on Monday, which clears the way for the case to go to trial. 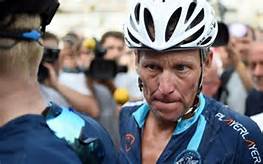 The US Justice Department took up the case on behalf of the Postal Service in 2013 after Armstrong admitted using performance-enhancing drugs.

It says Armstrong defrauded the government by covering up his doping in order to keep getting paid under his US Postal Service sponsorship deal.

Armstrong was stripped of his seven Tour de France titles and banned for life in August 2012.

Armstrong admitted to using drugs in all seven of his Tour wins in January 2013 while Landis was stripped of his 2006 Tour de France title for failing a doping test.