Spain beat France in a friendly in Paris 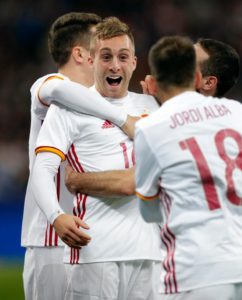 Video technology was used to correct two wrong decisions as Spain beat France in a friendly in Paris.

France striker Antoine Griezmann had a goal ruled out by a video assistant referee for offside.

David Silva then put Spain ahead from the penalty spot the linesman’s decision to rule out Gerard Deulofeu’s finish was overturned by the anonymous official.

Then Antoine Griezmann’s second-half opener was correctly cancelled out by the video assistant referee.

The two decisions marked a new era for professional football at the very top level, and it´s a sign of things to come!