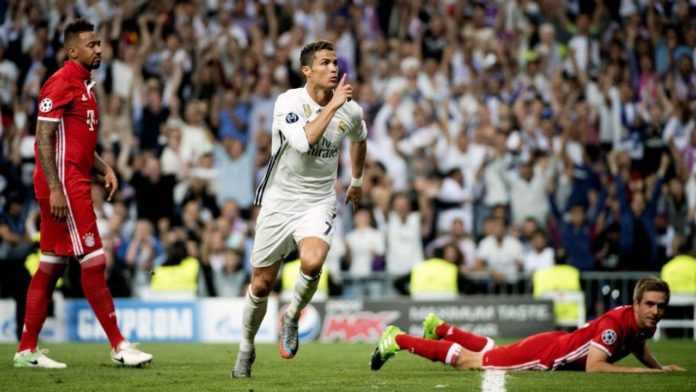 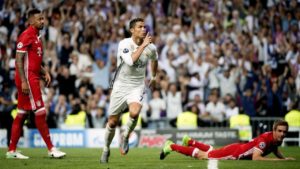 Real Madrid are in the Champions League semi-final for the seventh successive year, having defeated Bayern Munich 4-2.

Bayern Munich midfielder Arturo Vidal’s was sent off on 84th-minutes with a tough dismissal, Ronaldo was then clearly offside to score Madrid’s second in extra time.

Madrid struggled to press at the Bernabeu before Ronaldo headed in Casemiro’s precise cross.

Ronaldo then tapped in the third – for his 100th Champions League goal – after Marcelo’s marauding run, with Marco Asensio sealing victory by firing into the bottom corner.

Madrid will discover their semi-final opponents when the draw is made on Friday.