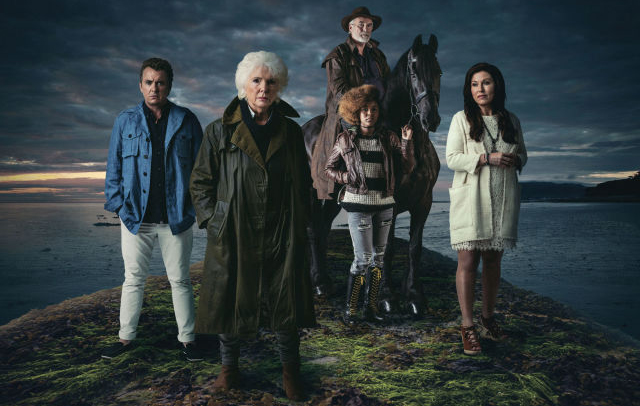 AFTER waiting two years for it, EastEnders fans will finally be treated to a brand new adventure for the Moons next month when six-part drama Kat and Alfie: Redwater hits our screens.

Kat and Alfie: Redwater follows the popular couple as they arrive in a picturesque Irish harbour town on the search for Kat’s long-lost son.

Speaking at a press event about whether anything similar had ever been pitched for Emmerdale, Iain admitted: “We’ve talked about doing a massive Emmerdale crime extravaganza, a murder story, then a spinoff show which would focus on the police investigation.

“It would kind of be like Prime Suspect meets Emmerdale. We talked about it in jest only!”

Hmm, dare we suggest Robron in Vegas should be another possibility?

Discussing Redwater, Iain added: “It’s a brave move to do that because soap characters, when you take them out of the small universe in which they live and put them in another universe, sometimes it doesn’t work.

“But I’ll be interested to see what happens with Kat and Alfie because they are so well liked.

“I think the rest of soap will be looking on too and think: ‘If it works, we can nick that idea’.”

Kat and Alfie’s adventures in Redwater have been tipped to uncover secrets that the local residents would much rather be left buried at sea.

Shane Richie and Jessie Wallace will be joined by an all-Irish cast in the production, including Fionnula Flanagan, Maria Doyle Kennedy, Ian McElhinney and Angeline Ball.

The show launches in May on BBC One.