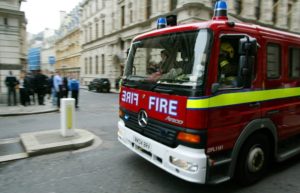 At least 12 people have suffered burns after a man sprayed acid during a fight in a London nightclub packed with hundreds of bank holiday revellers.

Two victims in their 20s are in a serious but stable condition after the attack, the police said. The others were treated for minor injuries.

A London Fire Brigade spokesman said an “unknown corrosive substance” was thrown in Mangle, a club in east London, in the early hours of Monday.

It was identified as “an acidic substance” from testing, he said, adding that there were around 600 people in the club at the time.

Police said the incident was not believed to be terrorism or gang related but the result of a dispute between two groups of people in the club.