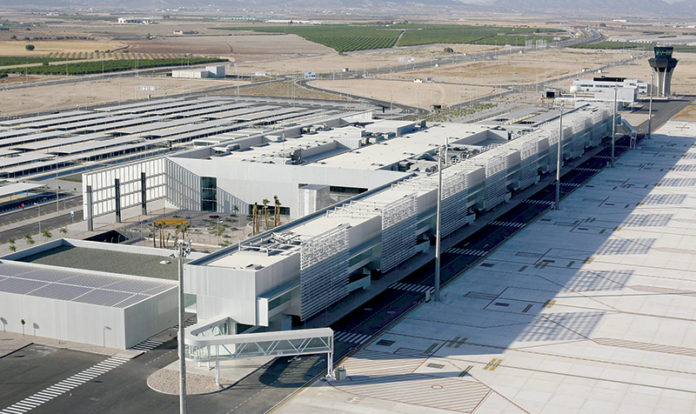 A PROMINENT local politician has claimed that the Region de Murcia International Airport will generate €500 million per year for the local economy and triple tourism.

Francisco Bernabe, vice-secretary of political action for the Popular Party of Murcia and national congressional delegate, has applauded the regional council’s management of the much-criticised facility, which was due to open in 2013.

Having been built in a no-fly zone, it cannot open until the nearby Murcia-San Javier airport is shut down.

Formerly known as the Murcia-Corvera airport, it was originally to be managed by a consortium of seven private companies, but the Asamblea Regional de Murcia assumed control last year, since when “three multinationals have already presented offers to invest” according to Bernabe.

He went on to explain that market research suggests a medium-term volume of 3.5 million passengers per year, plus a turnover of half a billion Euros.

In terms of deadlines, the politician claimed that the council is awaiting the decision of an appeal submitted to state airport operator AENA, with an answer expected in May.

After that it will be full steam ahead, he said, with a 60-day period for potential contractors to submit their bids already scheduled.