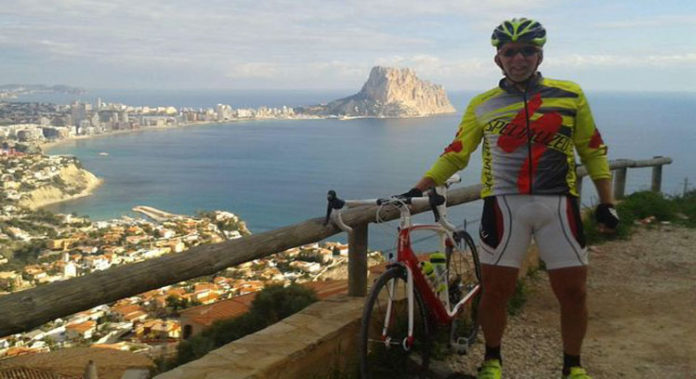 A CROWDFUNDING campaign has been launched by the family of the Scottish cyclist who suffered life-changing injuries while riding in Spain to pay for a private air ambulance to bring him home.

John Telfer crashed while cycling in the Alicante province on May 4, hitting another cyclist who had come down after riding over a raised tree root in the road.

Mr Telfer suffered two fractures in his neck and was initially not expected to live. He is now in a critical condition in a hospital in Alzira, paralysed from the neck down and on life support machines.

He was in a coma for two weeks and now has pneumonia. His family say he is receiving excellent care but the language barrier and the distance from home are creating problems.

“The care is fantastic within La Ribera hospital and we owe his life to them but the language barrier is so tough and we need to try and get him home as soon as they release him to us. We are travelling over three hours a day to visit him for just a few minutes at a time.”

With his family understandably eager to get him back to Scotland, friends of Mr Telfer and his wife Dawn have set up a crowdfunding page to pay for the estimated €19,000 cost of a private air ambulance with a doctor and nurse on board, plus ongoing medical costs such as a motorised wheelchair.

In an update on the page the Telfer family said they were thankful for the money raised so far.

“We don’t have the words to express our appreciation to you all for the generous donations and kind messages people have shared about John. We always known he was special but your kind words and generosity have touched our hearts.

People we don’t even know have donated, and we will be eternally grateful to you all. The next step is to get him home safely. “