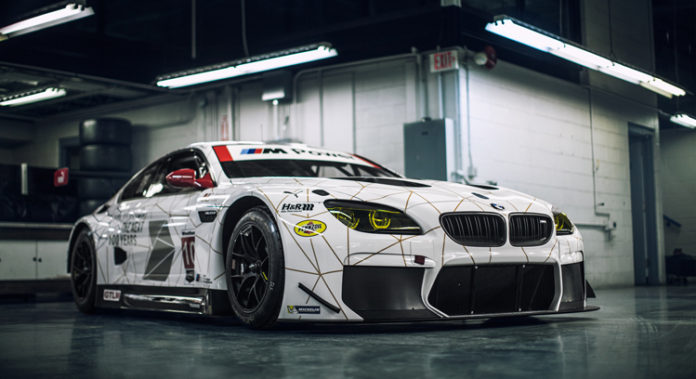 The BMW 8 Series will return next year – and will be joined by a high-performance BMW M8.

The new car will become the firm’s flagship luxury performance car. It’ll compete with the Mercedes S-Class Coupe and will herald a new approach to BMW’s design.

The new car’s design will stay close to the BMW Concept 8 Series, shown here in these official pictures and revealed at Concorso d’Eleganza Villa d’Este in Italy. It’ll push BMW’s performance-car offering more upmarket than ever before, while the BMW 6 Series will be relaunched as a Porsche 911 rival.

The striking coupe has crisp, muscular lines reminiscent of the Maserati Gran Turismo and a side window similar to the Aston Martin DB9. What is radical is BMW’s use of heavily sculpted panels, particularly across the doors and front and rear bumpers.

The huge ‘kidney’ grille and slim laser headlights make the car appear wide and squat from the front. The concept is finished in Barcelona Grey Liquid paint, a greyish-blue hue, and 21-inch light alloy wheels.

Inside, the BMW Concept 8 Series groups its myriad functions into ‘control clusters’ in the dashboard, centre console and doors. The slim seats are based around a carbon-fibre shell structure and are trimmed in leather. The steering wheel has hand-polished aluminium spokes and the gearshift paddles are anodised red. The gearlever and iDrive controller are made from Swarovski glass.

The 8 Series name is also likely to be attached to a range of cars, with a convertible and four-door Gran Coupe joining the two-door coupe once that car establishes itself in the market. BMW chief Harald Krüger announced that the 8 Series will build on BMW’s “tradition of luxurious sports coupes and add a genuine dream car” to the company’s line-up, providing buyers with “a slice of pure automotive fascination” while underpinning the BMW’s “claim to leadership in the luxury segment”.

The high-performance BMW M8 is being developed alongside the standard 8 Series and BMW says the M8 will feature “classical M features”, including larger air intakes, more powerful brakes and four tailpipes. The engine is still under wraps, but it could use a 4.4-litre V8 engine, designed to give the M8 sufficient power to rival the Mercedes-AMG S63 Coupe.

Frank van Meel, BMW M Division’s boss, said: “The future BMW M8 will build on the genes of the 8 Series and augment its DNA with added track ability and generous extra portions of dynamic sharpness, precision and agility. It all flows into a driving experience that bears the familiar BMW M hallmarks and satisfies our customers’ most exacting requirements.”

BMW is also working on a race car, which will mark the return of BMW Motorsport to Le Mans. The BMW M8 GTE will make its race debut at the Daytona 24 Hours in January 2018.