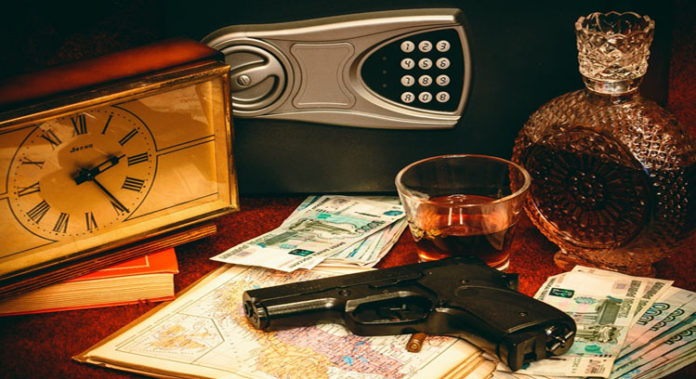 SIR ROGER Moore has passed away at the age of 89 after a short battle with cancer.

While his passing is sad, his contribution to cinema, and one franchise, in particular, is far from it.

James Bond’s relationship with Spain is an old one. In the franchise’s 55 years, it has filmed in many locations across Spain, often passing off the run of the mill locations for expats as even more exotic locales for cinema-goers.

In fact most of Bond’s most famous locations are doubling for somewhere else. As far back as From Russia With Love (1962), the filming of underground Istanbul was, in fact, Madrid. English law prohibited the use of the 200 rats trapping Bond, so the scenes were filmed in a garage in the capital which Spanish law permitted.

In You Only Live Twice (1967) Spain again gets a visit, with Torremolinos this time passing for Japan during the famous helicopter battle.

A more formal introduction to Spain was made in For Your Eyes Only (1981), where Bond travels ‘near Madrid’ as part of the plot. Unfortunately, it’s fictitious – most of the film was filmed on the Greek island of Corfu.

With some irony, the unofficial 1983 film, Never Say Never Again, featured a great deal of Spain. The returning Sean Connery emerged from the waters of Los Escullos, jumping from the Alcazaba overlooking the bay of Almeria and riding horses in Cabo de Gata and El Ejido.

Timothy Dalton, famously, spent his pre-title sequence in The Living Daylights (1987) on top of a Land Rover racing down the Rock of Gibraltar. The sequence, which ended in an explosive parachute flight off the Rock, is the longest ‘official’ Bond sequence in Spain to date.

Dalton’s successor, Pierce Brosnan, likewise found himself in Spain in The World Is Not Enough (1999). Not only does the film begin in Bilbao with Bond jumping out of a window in front of the Guggenheim, but also features the alleys of Las Majadas in Cuenca, Tudela and the Bardenas Reales in Navarra pretending to be Azerbaijan and Kazakhstan.

Brosnan again found himself in Spain, this time in the 2002 Die Another Day gon the beach of La Caleta in Cadiz guising as Caribbean waters and Playa del Castillo as Havana.

Most recently, Daniel Craig visited Spain once again for the shooting of Quantum of Solace (2008) where the Royal Opera House and the Royal Palace in Madrid were used as background shots.

A more tentative link comes Operation Goldeneye of which Bond author Ian Fleming was in charge of during World War 2. The plan was to maintain an intelligence framework in Spain in the event of a German takeover of the territory by maintaining communication with Gibraltar and launching sabotage operations against the Nazis. It was also the name of his house in Jamaica, and the 1995 film of the same name.

Will the franchise return to Spain? It certainly seems likely. Spain’s diverse cultural heritage, it’s ravishing beauty, and an almost incredulous mix of architectural tradition make it a haven for filmmakers.