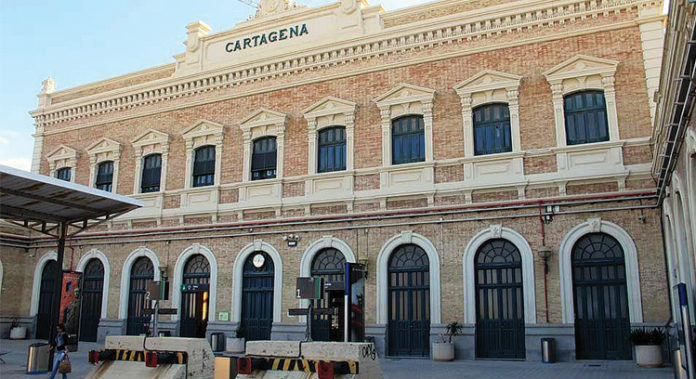 ADIF, THE PUBLIC company that manages the infrastructure of the Spanish railway system, has tendered more than €120,000 to repair and improve Cartagena Station.

According to the regional government, the main improvements planned, which are expected to take three months, include the restoration of the main access doors, the building’s side wall, an increase in the number of spaces in the parking area and the internal and external pavements. The station will also benefit from a fresh coat of paint, roofing protection, and the repairing of the drainpipes. The station will also get a new lighting system.

These works are part of an overall series of improvements being carried out by ADIF across the network and will help towards the upgrading of the station in preparation for the planned high-speed trains that will arrive one day in the future.

Cartagena Station, connecting the coastal area with Murcia and Madrid, consists of two floors and built in a modernist style – similar to other buildings in the city – with the famous giant shade covering the entrance. It was originally constructed between 1906 and 1907 and a restoration of the iconic building is well overdue.