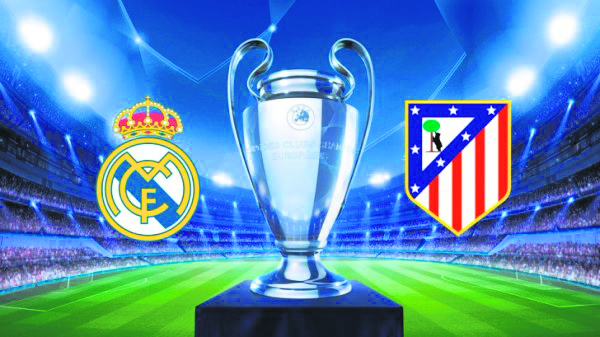 REAL MADRID are the only team who have stopped Atletico Madrid adding a Champions League triumph to their achievements under Diego Simeone and for the fourth year running the Rojiblancos’ illustrious neighbours block their path to European glory.

Atletico under their charismatic Argentine coach have seen off the giants of the European game past and present, beating AC Milan, Chelsea, Juventus, Bayern Munich and twice knocking out Barcelona, but they have repeatedly fallen to their neighbours.

Atletico have shaken off their inferiority complex against Real in every other competition under Simeone, beating them twice in the Copa del Rey and winning four of their last eight league derbies, but not in Europe’s elite arena. Real host Atletico in Tuesday’s semi-final, first leg having beaten them 5-3 on penalties in the 2016 final and 4-1 in extra time in the 2014 showpiece when defender Sergio Ramos’s 93rd minute equaliser denied Atletico a first Champions League crown.

Real’s European dominance over Atletico runs as far back as Alfredo di Stefano and Ferenc Puskas deciding a semi-final in 1958/59, while Javier Hernandez got the only goal in a quarter-final in 2014/15, the other two-legged affair between them.

While Atletico are waiting to win the European Cup for the first time, Real want a 12th triumph to become the first team to retain the trophy in the Champions League era. The winners of the tie will face Monaco or Juventus, who play on Wednesday.

Real Madrid boss Zinedine Zidane says defender Raphael Varane is fit to play after recovering from a hamstring injury, but Pepe and Gareth Bale will miss the game due to injury. Isco is likely to start in place of Wales forward Bale after being rested for the 2-1 win over Valencia on Saturday.

Atletico Madrid’s preparations were hit by Jose Gimenez sustaining a groin injury in Saturday’s 5-0 hammering of Las Palmas, leaving Simeone missing three defenders for the first leg as right backs Sime Vrsaljko and Juanfran are also out. Winger Yannick Carrasco hurt his collarbone in Tuesday’s 1-0 home defeat by Villarreal, although the Belgian returned to full training on Sunday to boost his chances of facing Real.