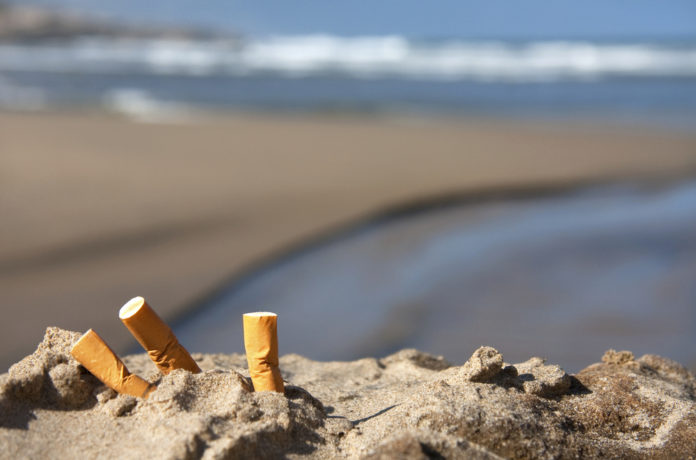 TORREVIEJA’S  Councillor for the Environment, Fanny Serrano and the Councillor for Beaches, Javier Manzanares, have presented an initiative which aims to keep the beaches of Torrevieja free of cigarette ends.

These are small portable ashtrays that users can use during their stay on the beach and reuse as many times as they want.

Serrano explained that one of the regular complaints from people that use the local beaches is the amount of discarded cigarette butts blighting the clean sand and the seashore. She said that they’ve taken the complaints on board and is the reason they’ve made over 3,000 portable and reusable ashtrays available.

She has also emphasized that “at no time is this campaign intended for anyone to interpret that we are encouraging smoking, quite the opposite, as confirmed by the message placed in each of the ashtrays which says ‘No fumes. Pero si lo haces utiliza este cenicero’. (Don’t smoke. But if you do, use this ashtray).

Manzanares stressed that it is “an ecological product with which we want to preserve the environment and also serves to make people who smoke aware to keep the beaches clean.”

These portable ashtrays will be distributed among the owners of the various beach kiosks, and handed out to their customers and also distributed on the beach when the summer season begins. Each unit has a capacity for up to 20 cigarette butts, can be put into the sand in a very simple way and features a lid to secure the contents until they can be dumped in a rubbish bin after use.