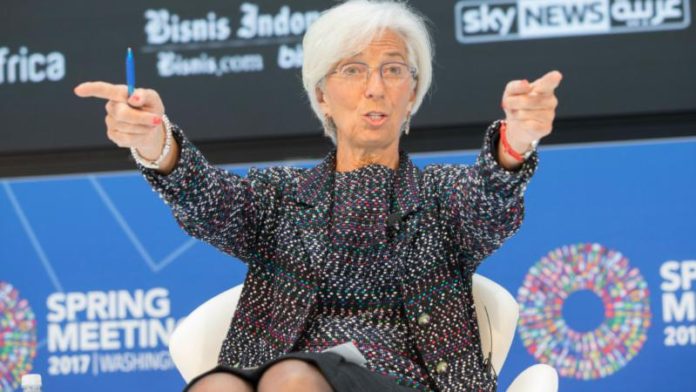 DESPITE an agreement reached Tuesday (2 May) on a reform package, Europe still needs to provide “credible” debt relief to Greece before the International Monetary Fund can provide more financing, an IMF official said.

Greece and its creditors closed a troubled chapter in the negotiations with a preliminary deal on pension and tax cuts after many months of talks.

“Now, this will have to go hand in hand with a credible strategy for how to restore debt sustainability,” said Poul Thomsen, head of the IMF’s European Department.

Those discussions on how to address the Greek debt burden are only now getting underway, he told reporters in a conference call.

“Once we have (a) program that consists of both legs – strong policies and strong debt relief measures – we can take it to the board” of the IMF for approval, he said.

But that could be the thorniest part of the negotiations with Europe, which has been reluctant to provide more debt relief, particularly Germany, where additional concessions are unpopular and a general election is looming in September.

Greece Finance Minister Euclid Tsakalotos said he hoped to see a final deal in time for the 22 May meeting of eurozone finance ministers, which must approve the agreement.

A compromise is required to unblock a tranche of loans Greece needs to repay €7 billion in maturing loans in July.

Thomsen said the fund is willing to agree to a deal in which debt relief is only delivered at the end of the agreement, and is contingent on “Greece meeting the targets.”

However, he would have to provide assurances to the IMF board “that we have a common understanding with our European partners of what kind of measures will be needed to deliver that debt relief”.

The official said the IMF welcomed the agreement between Greece, the European Commission and European Central Bank, which “we think will allow fiscal policy to become much more growth-friendly.”

The Greek government agreed to reductions in tax breaks and pension cuts, which Thomsen said will broaden the tax base and allow lower tax rates. Athens also agreed to reduce pension costs to permit “more growth-friendly spending” on measures like targeted social benefits.

The IMF also has resisted the European push for Greece to achieve a fiscal surplus of 3.5% of GDP, which Thomsen had warned would require that more austerity be imposed in the crisis-ridden country.

In a draft document, the IMF says Greece can reach a primary surplus – the budget balance excluding debt repayments – of 2.2% in 2018 and aim at 3.5% annually in 2019-2021. It suggests the primary surplus target be reduced to 1.5% of GDP thereafter.

Eurozone lenders however, believe Greece must sustain a 3.5% GDP primary surplus target over a longer period.

Last year’s Greek primary surplus was 4.2%, according to the lenders. Whether that can be maintained is unclear.