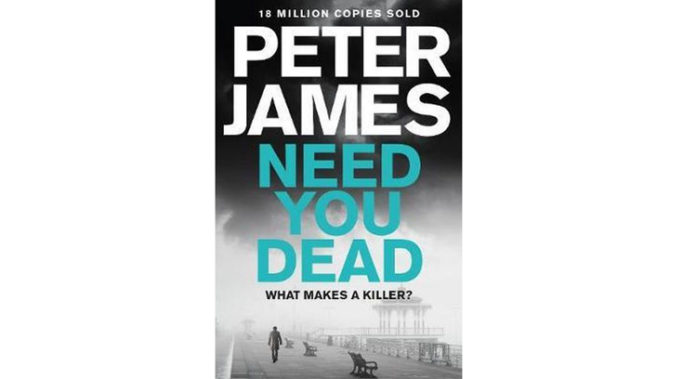 LORNA BELLING has been found dead in a bath tub in a rented flat in Brighton.

Already known to the police because she’s reported her husband for domestic abuse Roy Grace sees the investigation as a good one for Guy Batchelor to be Deputy Senior Investigating Officer for a couple of reasons: one to allow him to learn the ropes and secondly because Roy has to fly to Germany to pick up his son Bruno to bring him back for the funeral of his mother.

Lorna is a hairdresser who works from home, her phone is monitored by her husband and there has been more than one nasty incident with her husband Corin who works for an IT company, but the last attack was particularly nasty. The Domestic Violence caseworker is concerned for Lorna’s safety but so far Lorna has decided to stay put with Corin and the puppies she has bred. But the flat where Lorna was found dead wasn’t her home, so why is she in a cheap rental flat with dodgy electrics?

Of course the investigation isn’t quite as straightforward as first appearances indicated and the reader is in on the action seeing the red-herrings being liberally scattered across Brighton to ensure that the Police are following entirely the wrong scent. In a bold move by the author we even know why the only link missing is who it could be. It goes to show how in experienced hands a small amount of mystery is all that is needed with this book not lacking at all in tension as the team set out to find the killer – or perhaps Lorna committed suicide after all?

It is almost refreshing these days to have modern crime fiction told in a straightforward time-line and here we have the chapters headed up by the days of the week starting from the beginning and working to the end – how clever is that?

As always this latest Roy Grace story is a thoroughly entertaining romp. There are a few clues contained in this story that will no doubt follow for a few books yet in Roy’s personal life as Bruno settles into life as a big brother to baby Noah and so as always, no sooner as you finish this latest offering from the great Peter James, you’ll be eager to have the next instalment from Brighton and Hove.