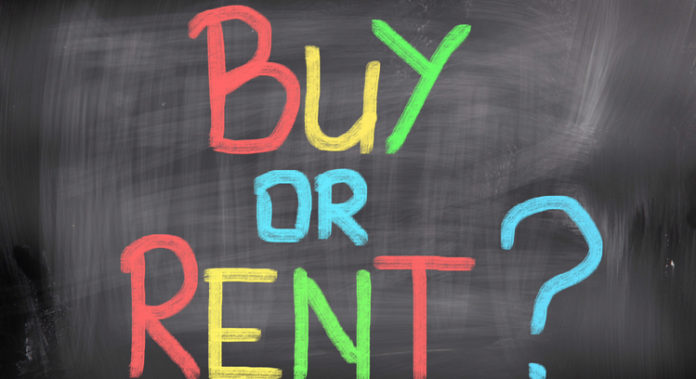 ACCORDING TO the latest data, renting a property is now cheaper than buying in over half (54%) of British cities

Zoopla researched the monthly cost of renting a two-bedroom home, compared to servicing a mortgage, in Britain’s 50 biggest cities. The proportion of locations where it is now cheaper to rent a home has increased by 14% since October 2016, when it was more cost effective to buy in 60% of British cities.

In contrast, the Scottish cities of Glasgow and Dundee top the list of locations where monthly mortgage repayments are cheaper than rent. Glasgow comes in first place with the average mortgage repayment currently 31% (£174) cheaper than monthly rent, followed by Dundee, where it costs 29% less (£549) per month to service a mortgage. Meanwhile, Yorkshire also appears to be a good location for those looking to buy a property, with the cities of Bradford, Barnsley, and Leeds all featuring in the top 10.

Nationally, across Britain’s 50 biggest cities, the average monthly rental payment on a two-bedroom home comes in at £690 – £47 less per month than those making mortgage repayments of £737 (assuming a 90% LTV mortgage and an average asking price of £147,233).

Lawrence Hall, spokesperson for Zoopla comments: “These figures are encouraging for those who are currently renting and perhaps looking to save as much as they possibly can to get on the property ladder. It is important to remember that whilst renters may be better off in the short to medium term in some areas of the country, buying a property is a long-term investment. With most buyers opting for mortgage terms of 25 years, buyers are likely to be better off overall compared to those who choose to rent.”