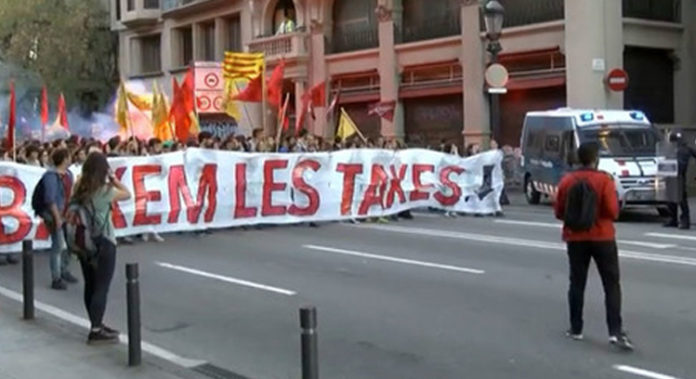 ON THE same day that the UK Labour Party announced their plan to scrap student tuition fees should they be elected at the General Election, more than 1,000 students held a protest march and staged a sit-in in Barcelona, the capital of Spain’s Catalonia region, to demand a reduction in their own university costs.

They began by marching along the roads leading to the Secretariat of Catalonian Universities in Barcelona and later blocked traffic in the area with the sit-in.

Police were sent to break up the students, who were eventually removed from the scene of the protests by force.