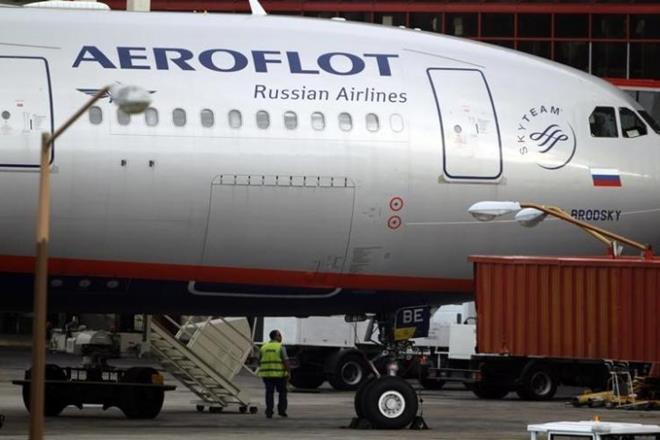 AROUND 20 people were seriously injured after their plane hit ‘severe turbulence’.

Some people suffered broken spines as a result of the turbulence 40 minutes into their flight from Moscow to Bangkok.

Three babies were among those injured in the carnage after being thrown from their mothers’ arms.

Many of the passengers were not wearing seatbelts at the time because the crew of the Aeroflot Boeing 777 did not have time to warn them.

‘Lots of people from the tail cabin have broken their noses, several people have probably broken their spines.

‘Babies are covered in bruises, people lost consciousness. Thanks that we are still alive. Aeroflot, please help these people.’

Vladimir Sosnov, deputy head of Russian Consulate in Thailand, said: ‘The injured suffered multiple fractures. There are both Russian and foreign citizens among them.’

He said: ‘Apparently, those who were injured did not have their seat belts fastened.’

A total of 19 people were admitted to hospital, two of them underwent emergency surgery while others were treated at the scene.

A source told Interfax: ‘A Boeing 777 plane suddenly got into the zone of strong turbulence before starting to descend.

‘There had been no order to fasten seat belts at that moment.

‘As a result, the plane was jolted by hundreds of metres, and some passengers were thrown into the space between the chairs suffering traumas.’