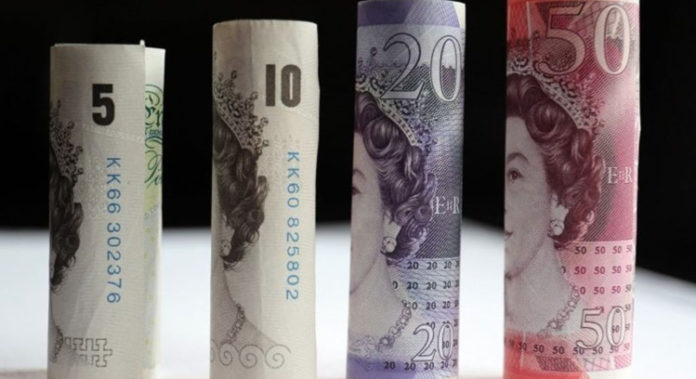 With just over a week to go before Britons go to the polls in a snap election called by Prime Minister Theresa May, the Office for National Statistics (ONS) said Britain’s economy expanded at its slowest rate in a year in the three months to the end of March.

Gross domestic product grew by just 0.2% compared with an earlier estimate of 0.3%, the ONS said.

“UK GDP growth slowed … as consumer-facing industries such as retail and accommodation fell and household spending slowed. This was partly due to rising prices,” the ONS said.

After adjusting for inflation, household spending in the first quarter of 2017 rose by just 0.3%, its smallest amount since the final three months of 2014.

While business investment picked up, growing by 0.6% on the quarter, net trade lopped 1.4 percentage points off the quarterly GDP growth rate.

Overall, Britain’s economy grew 1.8% last year, one of the fastest rates among the world’s seven largest advanced economies, but the economy relied heavily on consumer spending, which this year has come under increased pressure from rising inflation as stores push up prices in response to sterling’s sharp fall after the June 2016 Brexit vote.

The Bank of England (BoE) said earlier this month that it expected first-quarter growth to be revised up to 0.4%, and for the economy to grow 1.9% this year, barely changed from 2016.

While it expects growth in household consumption to slow to 1.75% this year as inflation approaches 3%, it forecast export volumes would rise by 2.75% and business investment would rise by 1.75%.

Few expect the BoE to raise interest rates before 2019 as inflation is forecast to fall next year once the impact of sterling’s weakness fades, while uncertainty during the nearly two years of Brexit talks ahead is predicted to drag on growth.