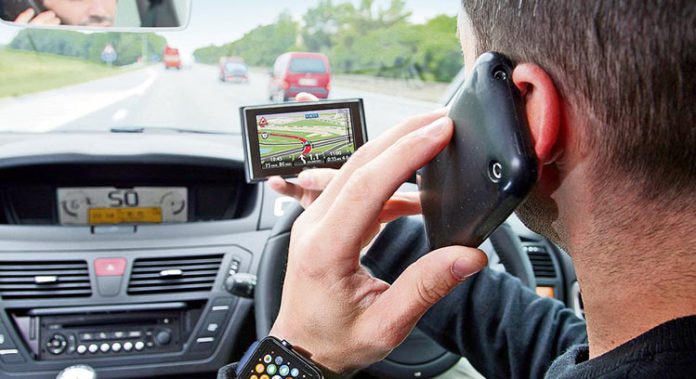 A RECENT study from Zendrive, touted as the largest distracted driving study ever conducted to date, found that 88 out of 100 trips on average are made while using a mobile device in some capacity.

The alarming data comes from a 3-month study of some 3 million anonymous drivers. Over the course of the study, those drivers made 570 million trips, covering 5.6 billion cumulative miles.

The study found that the average amount of time a phone is used in an hour of driving is about 3.5 minutes, or about 6 percent of a trip. From there, some simple math reveals that over 280 million miles were cumulatively driven while distracted, and that’s just within the survey group.

Just two seconds of that distraction, at the average highway speed of 55 miles per hour, is enough to obliviously travel the length of two basketball courts, and increases the chances of a collision up to twenty times over.

Zendrive’s data in this survey averaged out to about 600 million trips during the study in which distracted driving took place at some point. Further extrapolation of the data reveals that, on average, the survey group engaged in distracted driving roughly 105 times per hour, per person.

Naturally, since this data is averaged and extrapolated, it’s not 100% true-to-life, but it’s close enough to be fairly telling.

According to Zendrive, the last two years have seen traffic accident fatalities on a meteoric rise. While not all of this be attributed to smartphones, of course, the implications are pretty clear.

Every day, people handle their phones for a second or two at a time, sometimes more, to do things like switching music tracks, changing GPS destinations, or just triggering their AI assistant to listen when it can’t hear the trigger phrase at the moment for some reason.

Zendrive’s data reveals that all of these activities are extremely dangerous. Luckily, there are alternatives; those struggling with Google Now or Google Assistant, for example, can use an app called OpenMic+ to force their AI assistant of choice to always listen, or simply use a Bluetooth headset or speaker that has a centre button; this button is normally used to end a call or play and pause music, but on some headsets and speakers, it will trigger the AI assistant.

GPS navigation can be done while pulled over, or by voice using the AI assistant. Changing the music track can be done with the phone’s buttons on some devices, and with a Bluetooth device on others.