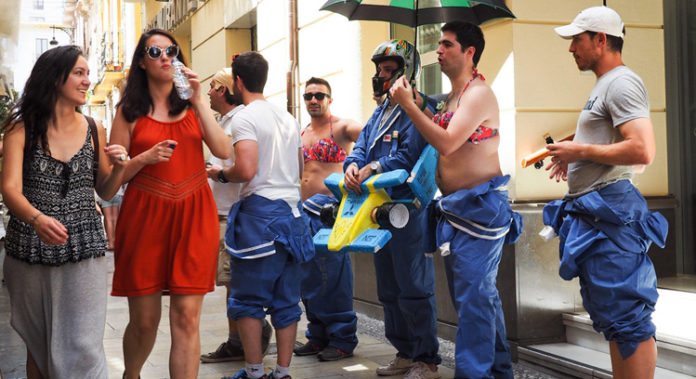 POLICE IN Granada will clamp down on over-the-top hen and stag parties with extra officers on the beat over the weekends from Friday to Sunday every week.

Loud singing, drinking in the street and general anti-social behaviour could be subject to fines for tourists wherever they are from.

The city of Granada is one of Spain’s most popular for stag and hen parties – along with Barcelona and Benidorm – and a selection of hotel owners are even becoming wary of agreeing bookings for large groups of friends as they frequently return late at night causing a racket and disturbing other guests.

Some premises have even suffered major damage to fixtures as a result of carelessness or vandalism whilst under the influence of alcohol.

Last year alone, police in Granada issued 57 fines, mostly for alcohol consumption – which is banned except in licensed premises or private or tourist accommodation – for making too much noise, and for vandalism.

Already, eight fines have been dished out this year since April.

Obscene costumes or props, use of whistles and megaphones could also see revellers fined. Police have also said that at least one person has been seen riding a donkey down a main street whilst drunk. Have you ever seen a drunken donkey?

Police have stressed that their initial approach will be to tell offenders what they must not do and ‘redirect their behaviour’, since tourists from other parts of Spain – let alone from abroad – are unlikely to be familiar with local bye-laws.

Those caught reoffending after the polite warning will be fined.