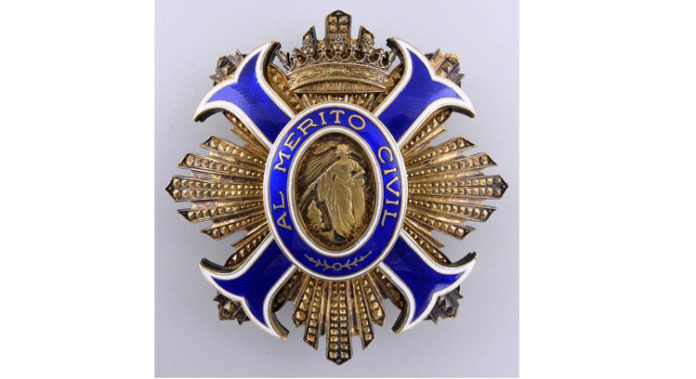 FOLLOWING THE murder of Ignacio Echeverria, Spain’s government has bestowed its highest possible honour for civilians on the brave Galician who was murdered after confronting assailants during the deadly attacks on and near London Bridge just over a week ago.

“We all of us feel proud of Ignacio Echeverría,” Rajoy tweeted.

Spanish Culture and Education Minister Inigo Mendez de Vigo said Echeverria was “a good man, an exemplary citizen who showed heroic behaviour by trying to save a young woman on that tragic night.”

In his home town of Las Rozas, a demonstration in tribute to Ignacio was held, and a street or square is expected to be named after him. The Valencian regional Parliament also held a minute’s silence, as did the town hall in Comillas (Cantabria), where Ignacio’s mother comes from, as well as declaring a day of mourning.

In the province of A Coruña, Galicia, the town of As Pontes where Ignacio was born and lived as a small child held three days of mourning, as well as deciding to name a park after him.

The Madrid-region commuter town of Alcorcón will name a square or park after the brave Spanish expat and the opposition in Alicante has proposed dedicating a street to him.

Ignacio was not directly in the vicinity of the terrorists, but was riding a bike with his friends past Borough Market when he saw one of the killers stabbing a woman.

The Spaniard jumped off his bicycle and beat up the terrorist with his skateboard to get him off his victim, but was attacked from behind by the other two and is thought to have been stabbed to death.